First Person Shooter game is the category that has the most downloaded games in Play Store. These games need special skills to win, players need to have a better focus and concentration. They even help in improving these but the best thing about these games is that they are the best for fun. These games can be played solo or with friends. There are so many shooter games in the Play Store, so here is the list of 10 best shooter games that are available at the Play Store.

Hitman Sniper is the mobile shooter game from the Hitman Series. The game was launched in 2015 but even after 5 years, the game is still in the top list. Here you will play as Agent 47  who is is led to assassinate several powerful figures who have assembled at three upscale, lakefront houses in Montenegro. You will have to strike with a strategy to assassinate. The game has a Zombie Mode that will test your skills and speed of execution. The game has 150 missions and 10 different contracts. You can choose your favorite gun from 16 unique guns. The game can be downloaded via this link.

Blackout is the fifth installment in the Modern Combat game series. It is developed and published by Gameloft. The game can be played solo and it has a multiplayer mode too. Blackout offers 9 unique classes with special skills. You can upgrade your class by completing missions. You can unlock higher-tier guns and other weapons by mastering lower-tier guns. The game is available at the Play Store.

It is yet another Zombie theme Action Game. You will have to run through a field with weapons in order to defend yourself against the zombies. The game includes multiple endings, lethal weapons, a dog companion, and even some tower defense elements. The game comes with 5 different story modes where you’ll have to save your family. The best part of the game is that it is offline. Download the game from here.

It is one of the best offline shooting games available in the Play Store. Lead your team to war against terrorists from Tetracorp. Join the resistance and command like a professional sniper. Take action and survive on the frontline. MAster unique skills like hacking, sniping, assaulting a man. You have to play and to win and unlock new shooters and guns. The graphics of this game are really great. Download the game from here.

Call of Duty: Mobile is the mobile version of the famous game franchise Call of Duty. It is a free to play game with multiple gaming modes. The game has Battle Royale, Multiplayer and a Zombie Mode. The game has recently started its first season that introduced Zombie mode. The game offers multiple weapons to play with. It has a progression system that works on your performance. The game is one of the most downloaded video games. The game is available at PlayStore.

Critical Ops is a 3D Multiplayer First Person Shooter video game. You will experience action, where fast reflexes and tactical skills are essential to success. The game has three modes- Defuse, Team Death Match and Gun Game. You can connect the game to your social media to play the game with your friends. Download the game from here.

The story of the game is set in the future in fictional earth when humanity has surpassed the limits of technological development and the world has descended into the chaos of interplanetary warfare. The PvP mode has classes such as Recruit, Saboteur, Tank, and Assault and each of the classes has its own features and abilities. You can create or join a clan to enjoy the multiplayer mode. The gaming mode includes Team Deathmatch, Deathmatch, Hardcore, and Custom games. Download Infinity Ops via this link.

PUBG MOBILE delivers the most intense free-to-play multiplayer action on mobile. It is a player versus player shooter game in which up to one hundred players fight in a battle royale game. You just need to remember three things to win a game: Drop-in, gear up and compete. Gaming modes include- 100-player classic battles, payload mode, and fast-paced 4v4 team deathmatch and zombie modes. Download the game from here.

Find and hunt the wildest animals from the jungle with this game. The game features over 10 jungles from Alaska to Zimbabwe. You will need a steady hand to shoot these animals. You will win trophies every time you clear an objective. Collect and customize your firearms with scopes, magazines, barrels, and stocks as you perfect your weapons for each hunt. The game is available for free but you may need to buy some features via in-app purchase. Download the game from here. 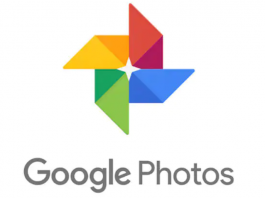 Google to start charging for some editing features in its Photos... 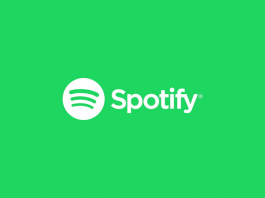