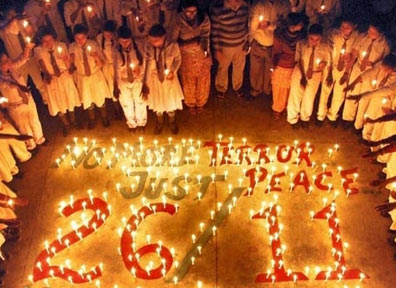 The home called Mumbai where everyone wants to live their dreams. This is where one not only wants to feel successful but also happy !

Mumbai is one such metropolitan, unlike other cities of the country, is like a home for so many people out there. No wonder the city beats every moment. There is not a single instance where one would feel that the city isn’t alive. It beats and bleeds !! People admire this city not for its infrastructure or demographics but mainly because of the warm hearts which reside here. The people are not classified or segregated according to their bank balances but by emotions and feelings. Life here is pretty rapid and fast paced because everyone wants to live their dream as early as possible. No wonder its called THE CITY OF DREAMS !!

The city treats everyone just like a family. Everyone here is so warm and welcoming that no one would ever feel like an outsider. Everyone here stands shoulder to shoulder in every aspect of everyone’s life. Be it the moment of crisis or celebration the people stand along. This city has survived one of the worst tragedies of 26/11 , so bravely that one would just go speechless when would be asked to comment upon it. A night which changed the history of the city !

This was the time when no one was able to sleep for sixty-eight hours. It wasn’t less than a warfare which literally gave every Mumbaikar a nightmare. I am sure that without the support of everyone, i.e. right from the armed forces till the locals, this city would have not emerged like a rising sun !

As it is said, every thing has a dark side to itself. People here on the exteriors

look so chirpy and active. The look so full of life that no one can ever say there’s anyone lonely out there. The youth keeps the liveliness active at nights and the hardworking class sweats to the core in the day times. As this is a city of dreams, one would never realize that he was a ladder for someone’s dream !!  No doubt people are sweet, but at the end of the day there comes personal motive. The greediness does creep in ! But apart from all this too, everyone here screams to be accepted ! One wants to be accepted just like the way they are. They crave for love and admiration. Because everyone, no matter where they belong, wants to feel wanted !

The city has so many people who belong to so many communities, who speak more than sixteen languages but theres just one language which keeps everyone here united – The feeling of being a MUMBAIKAR ! This is a home and is a family for all those who not only want to live their dreams and be successful  but also feel secured that YES ! they have made a right decision of being called a MUMBAIKAR !!! No wonder The Home called MUMBAI is where everyone dreams to be