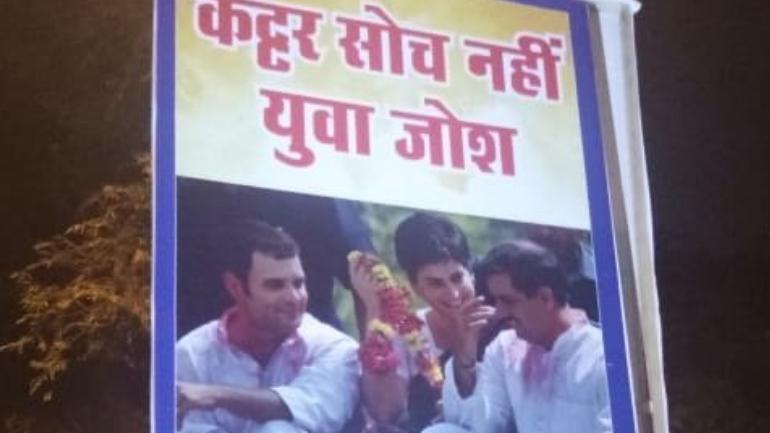 “Modi Government is doing dirty politics. Last night, the posters were put up here but now they are being removed”, said Congress leader Jagdish Sharma.

It has not been clear yet that who has removed the posters outside the congress headquarter. However, the picture of Robert Vadra indicates that he will join the Enforcement Directorate (ED) investigation in the 2009 petroleum deal case on Wednesday.

The Patiala House court has granted bail to Vadra on Saturday till February 16 in connection with a money laundring case against him.

The newly inducted AICC General Secretary for Uttar Pradesh(East), Priyanka Gandhi has been made in-charge of 43 out of 80 Lok Sabha seats in the State.