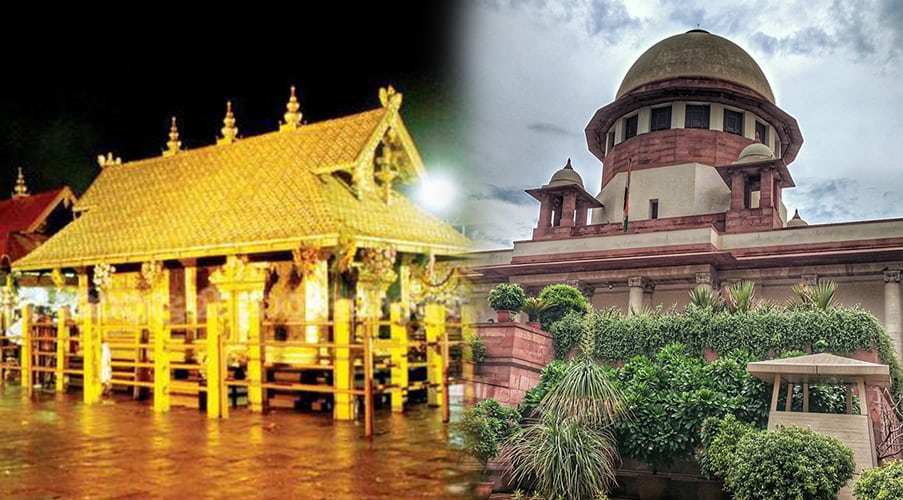 The Supreme Court on Wednesday reserved the judgment on a bunch of review petitions over the entry of women of all age groups in Sabarimala temple. The apex court is hearing on pleas seeking review of its verdict that was passed last year which had allowed women of all ages entry into Kerala’s hilltop Shrine, Sabarimala Temple.

Reportedly, over 50 review petitions have been filed against the earlier decision of the apex court given on September 28 last year, which lifted the ban on the entry of women aged between 10 and 50 years into the premises of Sabarimala. There are 64 cases being heard in total, out of which some are review petitions and some transfer petitions.

Supreme Court reserves the judgement on a batch of review petitions over the entry of women of all age groups in Sabarimala temple. pic.twitter.com/jluRxPm8fH

Kerala government which is a party in the case has opposed any review of the Supreme Court’s Sabarimala verdict allowing women of all ages to enter the shrine and said that nothing is placed before the court to establish the need for a review. The Kerala government told the top court that the Sabarimala case cannot be reopened by way of review petitions.

Kerala government, TDB- The Temple Board and two women who had entered the shrine opposed the review petitions, including those filed by Nair Service Society.

Travancore Devaswom Board (TDB), which manages Sabarimala shrine, has taken a swift U-turn. The board on Wednesday deposited before Supreme Court that women of all age groups should be allowed to pray there.

On which Justice Indu Malhotra asked the temple Board. She questioned “Is there a change in the stand of the Board from what it argued when writ petitions were decided?” she questioned. Counsel representing the Board Rakesh Dwivedi replied, “Yes, Board has now decided to respect the judgment and has also filed an application in this regard.”

Rakesh Diwedi, counsel appeared for Travancore Devaswom Board as quoted by ANI said, “The board has taken a conscious decision to support&respect the judgment of SC & implement it. The board thinks that is right judgment in the right direction & it grants equality to women in the matters of worship”

Rakesh Dwivedi, counsel of Travancore Devaswom Board: The board has taken a conscious decision to support&respect the judgement of SC&implement it. The board thinks that is a right judgement in right direction & it grants equality to women in the matters of worship. #Sabarimala pic.twitter.com/5KcExOHBj6

While Appearing for the two women – Kanaka Durga and Bindu –  who entered the hilltop shrine, Indira Jaisingh said, “Gods don’t discriminate on basis of gender, biological conditions. If my conscience asks me, I will, every woman will go to Sabarimala. If a woman is a person in the eyes of the law, she has a right to go if her conscience allows so”.

The Hearing in the Sabarimala Issue was originally slated for January 22 but was postponed because of the unavailibilty of one of the Judges was on Leave.

The Sabarimala issue has been boiling since the Supreme Court gave a verdict on September 28, hence revoking the ban on women of menstruating age to enter the Ayyappa shrine in Sabarimala temple. Since then, the right-wing religious outfits backed by BJP have been protesting against the verdict. Congress also joined the saffron party in the issue.

As many as 3505 protesters have been arrested so far in connection with the violence that broke out in the state, while around 529 cases have been registered across the state.

Recently three women including a Sri Lankan reportedly entered the hilltop shrine. As the news spread like wildfire from the hill shrine, protests erupted at several places across Kerala, with Hindu right-wing activists blocking highways and forcing the closure of shops and markets. Amid growing protests, Sri Lankan women enter Sabarimala shrine 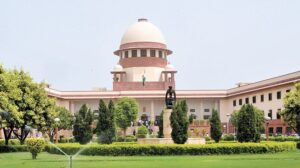