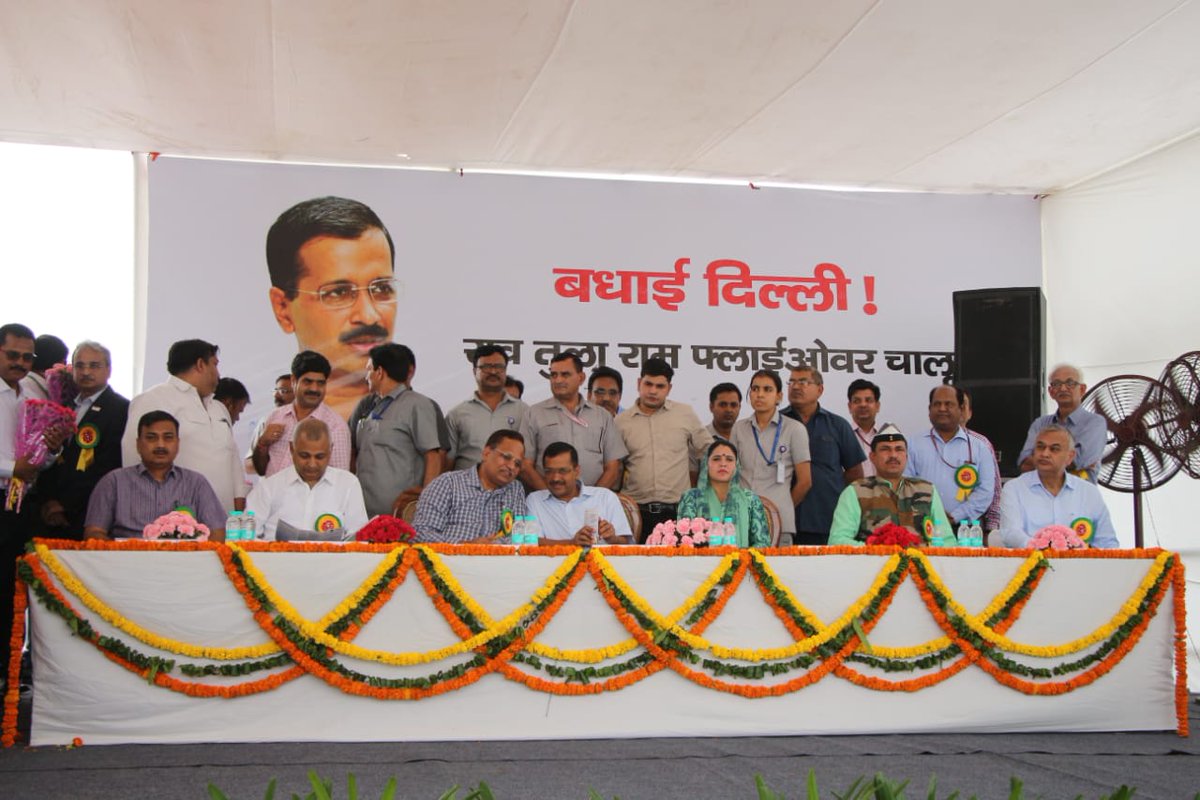 Delhi Chief Minister Arvind Kejriwal on Tuesday inaugurated the Rao Tula Ram (RTR) flyover in Delhi’s Munirka. With the opening of the 2.7 km long elevated road, traveling to Domestic and International Airport from South and East Delhi will become easier and congestion less.

After throwing the elevated road open for public, the Chief Minister took to Twitter and Congratulated Delhi. ‘Congratulations Delhiites. Overcoming all hurdles your govt finally succeeds in opening the RTR flyover from today. No more traffic jams on your way to the airport’, said Arvind Kejriwal in a tweet.

Congratulations Delhiites
Overcoming all hurdles your govt finally succeeds in opening the RTR flyover from today. No more traffic jams on your way to the airport.

Hailing his government, Arvind Kejriwal said, ‘It is for the people to spread the word about the work we have done in past four and half year. We do our work, but we don’t advertise much’.

The construction of the flyover road was started in November 2014 and was slated to be completed by November 2016. However, it missed several headlines. The 2.7 km three-way elevated road ends before Army Research Hospital and branches out of Munirka flyover. The total cost of the three-way elevated flyover is around ₹310 crore.

The flyover is a part of a bigger plan to decongest the busy Vasant Vihar, South Campus, and Moti Bagh corridors. While another part of the larger project, the construction of an underpass connecting South Campus with San Martin Road, is now expected to be open for the public later this year.