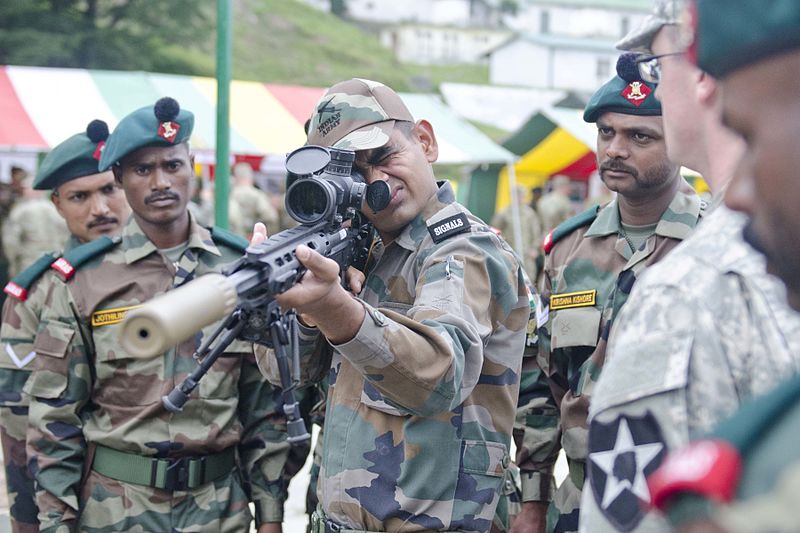 Stockholm International Peace Research Institute published their latest research on arms imports around the world. India accounts for 12% of global imports of arms. There is a growing demand for arms from suppliers like US and Russia.

The data was gathered for the period from 2013 to 2017. There has been an increase of 24 percent between periods 2008-12 and 2013-17. The maximum arms import of India comes from Russia and accounts for 62 percent of the arms imports. US supplies 15% and Israel 11%. The other top importers include Saudi Arabia, Egypt, UAE, China, Australia, Algeria, Iraq and Pakistan. Imports from the US has increased by 557 percent.

Pakistan’s imports on the other have gone down since 2012. Solely its imports from the USA have gone down by 76 percent from 2008-12 to 2013-17. China figures in the top five arms exporters of the world. China’s biggest clients include Pakistan and Bangladesh. China supplies 35% of its exports to Pakistan and 19% to Bangladesh. US’s arms sales have gone up by 30 percent since the 2008 to 12 period.

India still hasn’t been able to get its arms manufacture up on two feet. Nirmala Sitharaman did say the defence PSUs have potential but they still need to be,”revived, revitalised and made a lot more dynamic.” Despite NDA government’s ‘Make in India’ initiative, nothing really took off in the past four years. In defence production, India has only received 1.17 crore rupees in foreign direct investment.

Siemon Wezeman a Senior Researcher with the SIPRI Arms and Military Expenditure Programme said, “The tensions between India, on the one side, and Pakistan and China, on the other, are fuelling India’s growing demand for major weapons, which it remains unable to produce itself.” That sort of explains the situation, except Pakistan, has slashed its imports despite its conflicts with India. What this reveals is more than a bunch of statistics but rather the security situation of the world and its implications.