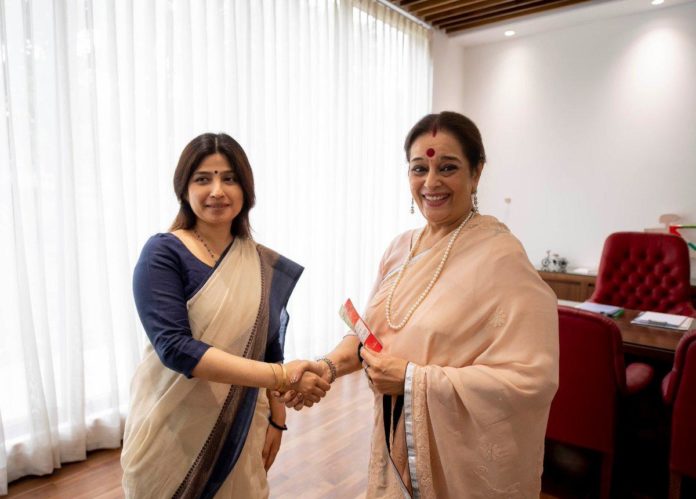 While Poonam’s Husband, Shatrughan, a two-time BJP lawmaker from Patna, had recently joined the Congress. Congress has pitched him from Patna Sahib against Union Minister Ravi Shankar Prasad.

Singh has early in the early filed his nomination from the seat.

Speaking on the development, Ravidas Mehrotra of Samajwadi Party said, ‘Poonam Sinha Ji will be the SP–BSP-RLD candidate from Lucknow. She will file nomination on April 18. We appeal to the Congress that do not field your candidate from here so that BJP can be defeated.

Ravidas Mehrotra, SP: Poonam Sinha ji (wife of Shatrughan Sinha) will be the SP-BSP-RLD candidate from Lucknow. She will file nomination on April 18. We appeal to the Congress that do not field your candidate from here so that BJP can be defeated. #LokSabhaElections2019 pic.twitter.com/Xp2y3M6Wz1

Rajnath Singh earlier in the filed his nomination from Lucknow seeking his second term.

Uttar Pradesh which has a total of 80 seats will go to polls in all seven phases starting from April 11. The Lok Sabha Seats of – Gautam Budh Nagar, Ghaziabad, Meerut, Kairana, Saharanpur, Muzaffarnagar, Baghpat and Bijnor have already voted on April 11.