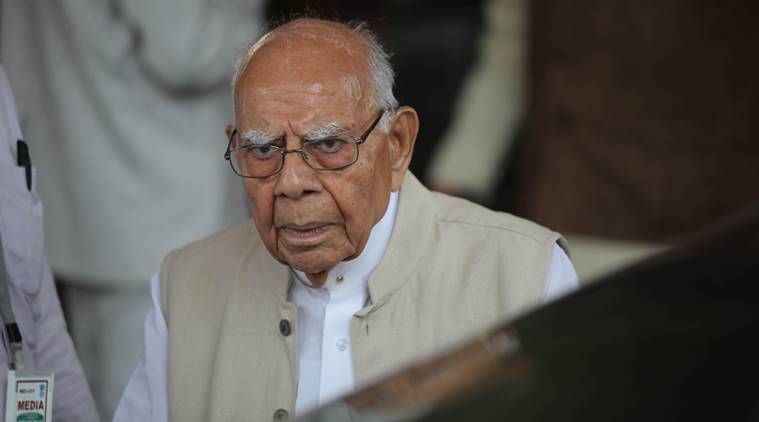 BJP and the veteran lawyer who serves as a Rajya Sabha MP Ram Jethmalani on Thursday filed a joint petition seeking the end of the pending suit against his expulsion from the party. Jethmalani had filed the suit against BJP for expelling him in 2013 and sought Rs 50 lakh in damages.

Both seek an amicable settlement. And BJP chief Amit Shah has expressed “regret” over the senior lawyer’s expulsion.

It also stated that BJP’s president and general secretary acknowledged Jethmalani’s contribution to the party since he was founding vice-president and has worked tirelessly towards its growth.

Earlier in 2013, the BJP had expelled Jethmalani from the primary membership of the party for six years for breach of discipline.