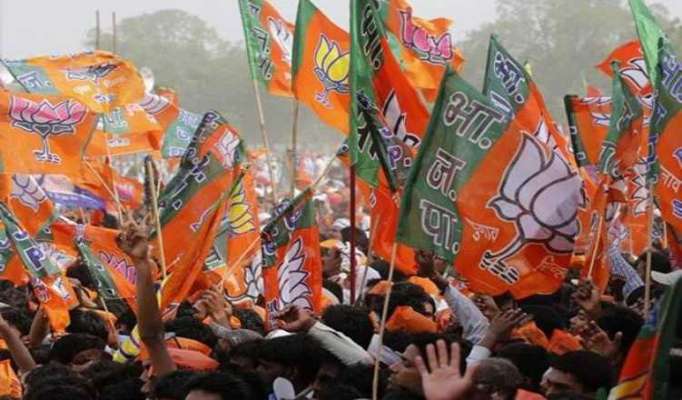 Gearing up for the General Elections 2019, the Bhartiya Janta Party on Wednesday declared 6 more Candidates in addition to 363 Candidates released by the party in a run-up to the Lok Sabha Polls 2019. The Saffron Party as a part of its 16th list named 5 Candidates from Uttar Pradesh while one from Maharastra where the party has announced its poll tie-up with Shiv-Sena.

The Centre ruling party who is seeking another term in the office dropped Kirit Somaiya from Mumbai North East. The party has named Manoj Kotak, Mulund Corporation from the seat where Somaiya is a sitting MP.

Somaiya had in 2014 defeated NCP’s Sanjay Dina Patil with over 3 Lakh votes. Somaiya’s name was dropped after days of speculations. BJP ally in Maharashtra Sena was continuously opposition his candidature even before any announcement.

The party in the 16th list named following Candidates for the mega battle of ballots.

BJP releases 16th list of 6 candidates in Maharashtra and Uttar Pradesh for #LokSabhaElections2019 . Manoj Kotak to contest from Mumbai North East (where Kirit Somaiya is the sitting MP), Dinesh Lal Yadav 'Nirhua' to contest from Azamgarh (UP) against SP's Akhilesh Yadav. pic.twitter.com/uQvwJpGRSl

With this list, the party has now declared a total of 369 Candidates in a run-up to the General Elections 2019.

In Maharastra, the party has stitched an alliance with Shiv Sena on 25:23 Seat poll pact and has so far declared candidates on 24 seats out the 25 allotted to it in poll pact.

While major Opposition Congress has started rolling out the lists of Candidates. The party has so far released over 300 names for the mega battle of ballots.