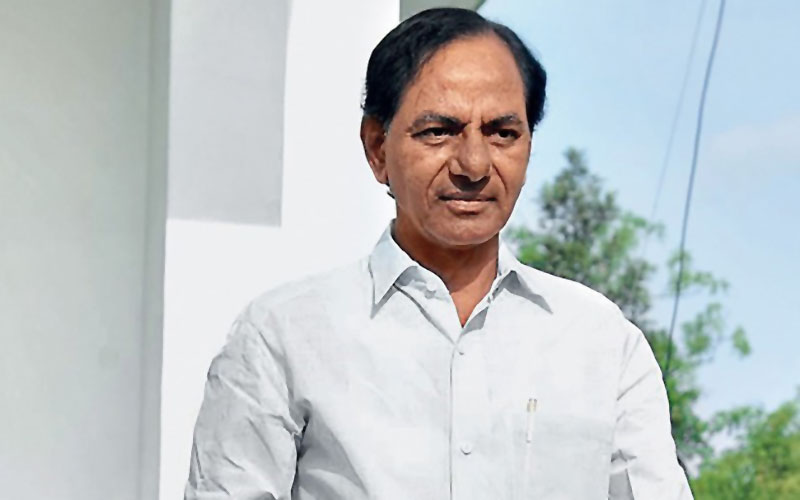 The Election Commission issued warning to CM of Telangana, Chandrashekhar Rao, with regard to the violation of Model Code of Conduct (MCC) at his rally in Karimnagar on March 17th.

Election Commission of India, on Friday, issued a warning to Telangana Chief Minister Chandrashekhar Rao for violating the Model Code of Conduct at his poll rally in Karimnagar. In his poll rally in Karimnagar, his speech had triggered discontent among Hindu communities such as the Vishwa hindu Parishad (VHP) workers for making hate speech against the BJP indirectly.

In his poll speech in Karimnagar he had said, “Ee Hindu Gallu…bondhu gallu…dikkumalina…daridrapu gaalu…desham lo aggi petale, gattar levale,” which defames Hindus as disgusting, and dirty.

The ECI had issue a notice on April 9th as well. The ECI principal secretary SK Rudola‘s statement reads, “While considering the contents of the public speech made by Chandrasekhar Rao, the ECI is of the view that by delivering such speech, KCR has violated the provisions of MCC which specifies that no political party or candidate shall indulge in any activity which may create mutual hatred. The Commission cautions him to be more careful in future and to strictly adhere to the provisions of MCC while addressing any public rally or meeting or making any public statement.”

“The Commission cautions him to be more careful in future and to strictly adhere to the provisions of the MCC while addressing any public rally or meeting or making any public statement,” she added.