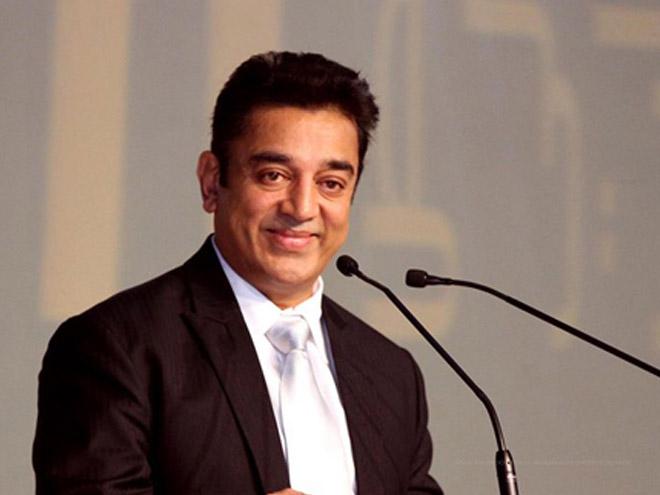 After much anticipation, Kamal Haasan has finally announced his party name and unfurled the flag of his newly formed party. The party called ‘Makkal Needhi Maiam’ is now in action. The People’s Justice Party is now part of Tamil Nadu’s political space. Along the journey, he obtained the title, ‘Nammavar‘.

The newly founded MAKKAL NEEDHI MAIAM is your party. It’s here to stay, and to make the change we all aspire for. Guide us to serve you. #maiam #makkalneedhimaiam
official website: https://t.co/cql8kgqGkk
fb: https://t.co/2Gz1xRg5vf
twitter: https://t.co/J9ywXrunOb pic.twitter.com/Xza62w4DcC

The launch has been highly anticipated since its announcement. But now people’s excitement has received an answer. The actor began his journey to Madurai on 21st February morning. He first made a visit to Rameshwaram to APJ Kalam’s birthplace, he met with his family and continued his journey from there.He also visited Kalam’s school. He interacted with the groups of people along the way during his journey. He then made his way to Kalam’s memorial.

He also spoke to the fishermen near Mandapam and then proceeded to Ramanathapuram where he addressed 5,000 people. Along the way, he asked for the people’s support and blessings. Arvind Kejriwal also flew into Madurai to attend the launch. The rally area in Madurai saw about 1 lakh people. He addressed Madurai saying that this was not about one day and that he would be the lamps in the people’s home. Haasan tried in his speech to shed his movie star identity. The Kerala CM will also address the gathering via a video conference.

But the question of his party ideology and how he will function as a politician still remains. If the policies of Kamal Haasan strike a chord with the people, he has spoken before about his distance from DMK and AIADMK. Haasan also said he would fight corruption which isn’t much different from the other parties. He also made it clear that his ‘hue isn’t saffron’. This is definitely a new stepping stone for Kamal Haasan, with so many hopes riding on him he will definitely be expected to deliver. He did say that he wouldn’t make empty promises.

UP Investors Summit Live Updates
There is no Drug Mafia in Goa: Manohar Parrikar