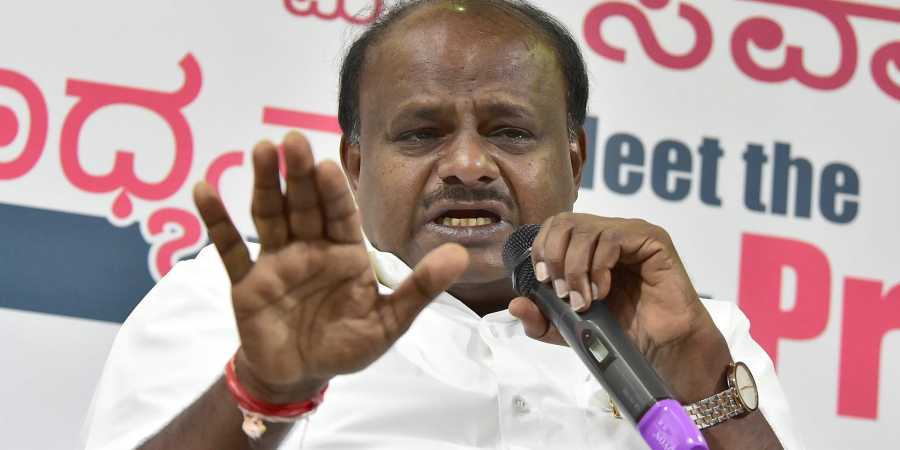 As the Karnataka political crisis deepens, Karnataka Chief Minister HD Kumaraswamy on Friday announced that he will prove his majority in the State Assembly. Chief Minister has asked the Assembly Speaker KR Ramesh Kumar to fix a time saying that he would seek a floor test.

Chief Minister HD Kumaraswamy made the surprising announcement in the Assembly that met for an 11 day-long session. The announcement came on the backdrop when at least 16 Lawmakers from the ruling coalition tender their resignation, which now threatens the government’s survival.

Out of the 16 disgruntled lawmakers – 11 are from Congress, 3 from its coalition Janata Dal (Secular) while 2 are Independent. Both the Independent Lawmakers were inducted in the Cabinet last month by Chief Minister HD Kumaraswamy.

Speaking in the Assembly, Kumaraswamy told Assembly Speaker KR Ramesh Kumar, ‘In the backdrop of recent political developments in the state, I have decided that I should move the confidence motion. I seek your time’.

He further added that after all the political developments in the state in the past one week, It is important that I can only continue if I enjoy the trust of the House.

Karnataka CM HD Kumaraswamy in Vidhana Soudha in Bengaluru: After all these developments, I am seeking your permission & time to prove the majority in this session. #Karnataka pic.twitter.com/olx8BZ90Xx

While earlier in the day, HD Kumaraswamy asserted Confidence of stability in the state. Speaking to media, HD Kumaraswamy said, ‘Congress-JDS coalition in the state is going strong despite the efforts to destabilize. We are confident and prepared for smooth and fruitful conduct of legislative sessions’.

Karnataka CM HD Kumaraswamy: Congress-JDS coalition in the state is going strong despite the efforts to destabilize. We are confident and prepared for a smooth and fruitful conduct of legislative sessions. (1/2) (File pic) pic.twitter.com/pOSxhNWQ8B

While the Top Court on Friday ordered Assembly Speaker to maintain status quo in connection with the resignation of 10 rebel MLAs of Congress and JD-S who tendered their resignation on Thursday.

The Top Court Bench headed by Chief Justice Ranjan Gogoi said that the Court will hear the matter again on Tuesday, July 16.

Earlier on Thursday, On the directions of the Top Court, all the 10 disgruntled Lawmakers reached Bangalore and met the Assembly Speaker KR Ramesh Kumar. The rebels submitted their resignation personally to Assembly Speaker.

However, after meeting the rebel MLAs, Assembly Speaker KR Ramesh Kumar said he would require time to go through the resignations in a detailed matter.