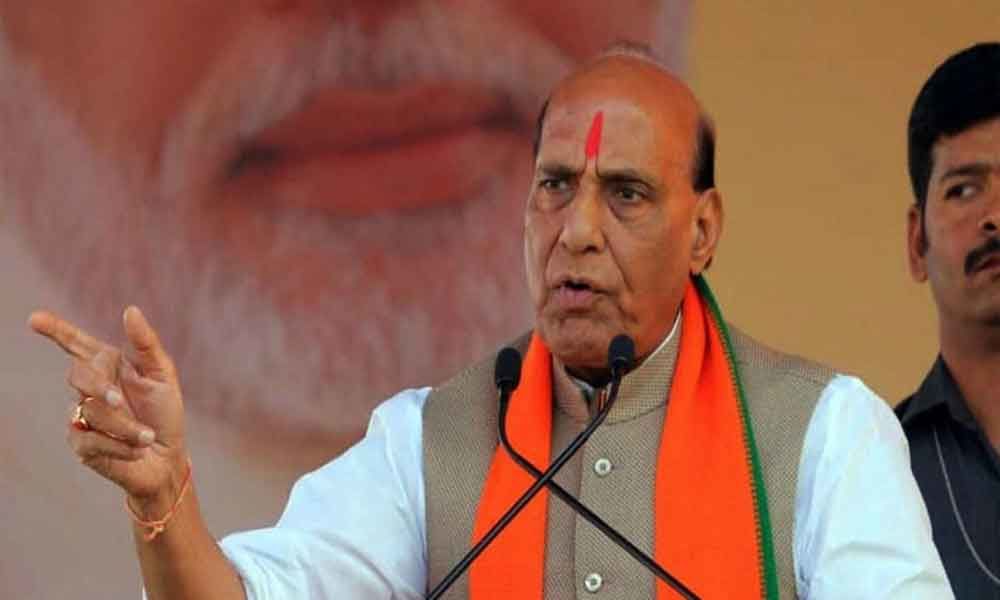 While addressing a rally in the Chatra area of Jharkhand, Union minister Rajnath Singh said that by 2030 India will become on replacing any of the worlds three superpowers among China, Russia, and America. He said that India has upgraded from its 9th position among the top 10 countries in terms of size of the economy to the sixth position.

Rajnath Singh on Tuesday addressed the rally for the ongoing Lok Sabha elections saying, “By 2030 or 2031 Bharat (India) shall replace any one of the three superpowers from the list of top three countries of the world, either Russia, United States Of America or China in terms of economy and strength of the nation.”

“In 2014 India was at the ninth position among the top 10 countries in terms of the size of the economy of the nation. But after the Modi led government for five years, India jumped o a position of sixth in 2018,” Rajnath Singh addressed.

Appraising the NDA-led Bharatiya Janta Party (BJP) government, Rajnath Singh said that Prime Minister Narendra Modi and his government have provided an immense boost to the Indian economy. He said that the Prime Minister has ensured the welfare of the people by making them accessible to the incentives of the government.

Addressing the rally, the Union Minister gave an assurance to the people of completely wiping out Naxalism. He said that “Previously Naxalism was spread to 126 districts throughout the country. It has reduced to seven-eight district prominent in Naxalism. Rajnath Singh assured the crowd of removing Naxalism in the next three to four years.