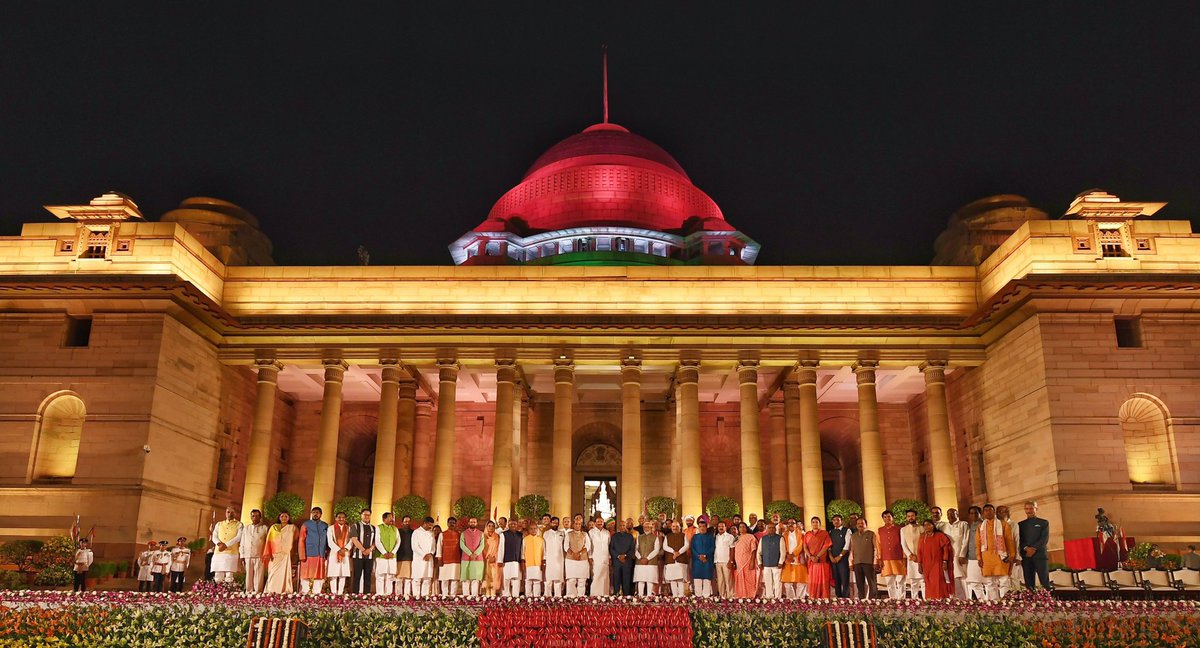 Prime Minister Narendra Modi who got a massive mandate in recently held national polls, on Thursday took oath for the second term in an official function at Rashtrapati Bhawan. President Ram Nath Kovind administrated oath to PM and his Council of Ministers. A total of 57 ministers along with PM took oath as ministers of the next Union Cabinet at the ceremony held in the national capital.

The first meeting of the new cabinet is slated to take place today in the national capital. It is expected that the allocation of the portfolios will be done very soon.

The first meeting of the new cabinet to take place later today, in Delhi. pic.twitter.com/rcrRVcGSyU

READ: A total of 57 ministers including Amit Shah, Rajnath Singh, take oath; Here is the full list of Modi 2.0 Cabinet

Apart from Sushma Swaraj who opted out of the poll race because of her health issues, Arun Jaitley who held a Finance Portfolio in previous government had on Wednesday wrote a letter to PM Modi requesting him not to induct him in the next government.

In the absence of Jaitely, Amit Shah is among the frontrunners for Finance Portfolio while S Jaishankar likely to be rewarded with External Affairs Portfolio. While Rajnath Singh and Nirmala Sitharaman both are expected to retain their portfolios.

A total of 57 ministers along with Prime Minister Narendra Modi took oath at a mega-ceremony held at the Rashtrapati Bhawan.

Many Leaders who were a part of PM Modi’s last government has been dropped this year. Among those who have been dropped for Modi 2.0 Cabinet includes JP Nadda, Maneka Gandhi, Rajyavardhan Rathore, among others.

The AIADMK and JD(U), one of the biggest allies of Bharatiya Janata Party (BJP) did not get a ministerial berth in the new Cabinet. 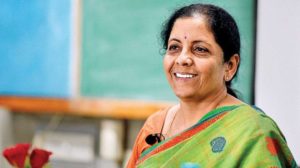