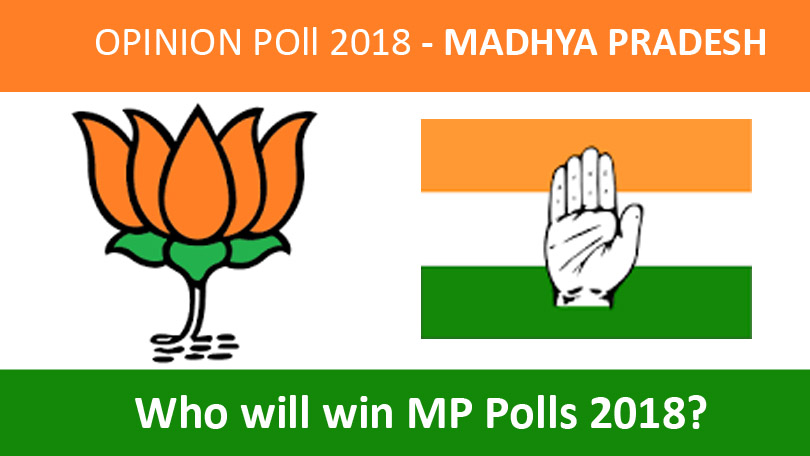 A recent survey conducted by ABP-C voter concludes that Congress is quite ahead of BJP in the upcoming assembly polls in Madhya Pradesh and Rajasthan. It has also predicted that Congress might gain power in Chattisgarh as well. However, another survey by Warroom Strategies –Times Now survey, the BJP will likely regain power in Madhya Pradesh and win Chattisgarh while Congress is going to wrest power from BJP in Rajasthan.

The ABP News-CVoter gives the Congress about 50 per cent of the vote share in Rajasthan. The survey predicts around 142 seats for the Congress in the 200-member House.

The warroom strategies pre-poll survey gives 144 seats to the BJP in the 230-member Madhya Pradesh House and 77 to the congress. While others get 11 votes which makes it crucial for Congress as the party has not been able to form any ally in the state.

Although in Chhattisgarh Congress seems to have an edge according to the opinion poll but Chief Minister Raman Singh is the voters’ top choice for the CM candidate.

While many believe that the results of 2018 assembly polls are a precursor to 2019 elections, the fact is that BJP has still quite a hold in National Politics as the people perceive that currently there is no alternative to Modi to take on the job of being the prime minister of the country.

The EC has announced the dates of elections in the 5 poll-bound states. Rajasthan and Telangana will go to polls on December 7, while Madhya Pradesh and Mizoram on November 28.

Chhattisgarh is the only state that will see polling in two phases — November 12 and November 20. Results for all polls will be declared on December 11.