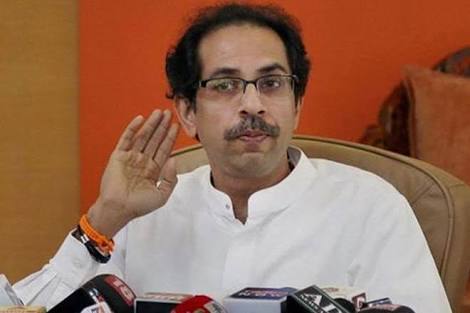 Uddhav Thackeray led Shiv Sena lashed out at BJP because of the depreciating value of Indian Rupees against the US Dollar, accusing BJP of putting the onus on the Congress government, though BJP has been in power since the past four years.

Shiv Sena in its editorial piece in ‘Saamana’ wrote, “The fuel prices are sky-rocketing. Petrol will soon touch the Rs 100-mark. Scores of unemployed youth will come out on streets and spread anarchy. Farmers are not happy. Prices of foodstuffs, cooking gas and CNG have increased. New investments have decreased.”  The party further said, “The country’s picture is heart-wrenching and we are moving towards being a banana republic.”

The piece continued its rant and said that when BJP was in opposition it used to say that with the depreciating value of Rupees, the countries reputation also goes down. “Now, if the Rupee nears the 100-mark against the Dollar, should it be said our nation’s image is improving?” Sena retorted.

The Niti Ayog had blamed former RBI Governor Raghuram Rajan for the poor state of India’s economy criticising his measures used for recovering bad loans. However, the Rupee is much lower than it was during Rajan’s term, ‘Saamana’ said.

“All this is not a sign of the world’s sixth largest economy. Holding the Congress and Raghuram Rajan responsible for a faltering economy is a joke. Tell us what have you done? But the government has nothing to say,” wrote Shiv Sena.

It quipped that when the Indian currency is on its “deathbed”, claiming that Indian economy is the sixth biggest economy of the world is “laughable”, PTI reported.