The Indian Wire » Science » Can robots be used as tools and partners in rehabilitation? 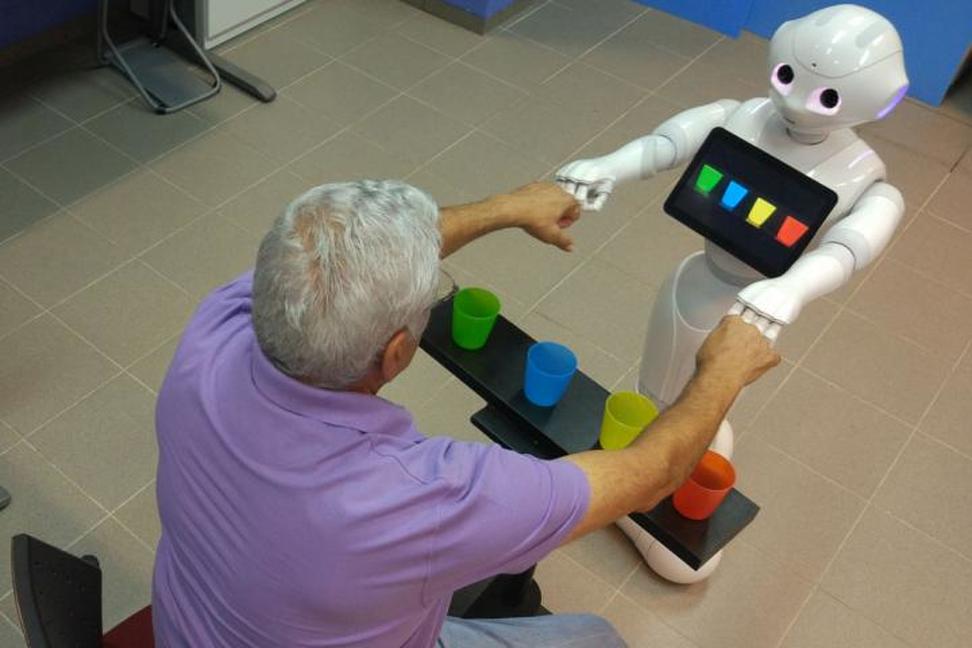 Many medical models and studies have predicted that in the upcoming future, the rate of patients’ survival after going through diseases with severe functional deficits, such as experiencing a stroke, will significantly increase- so will the need for effective strategies that can provide medical rehabilitation. Doctors and therapists have already started using socially assistive robots (SARs) in rehabilitation for this reason.

The research team, led by Dr. Philipp Kellmeyer, neuroscientist from the Freiburg University Medical Center and Prof. Dr. Oliver Müller from the Department of Philosophy of the University of Freiburg, analyzed the necessary improvements needed to make the SARs useful and trustworthy assistants for medical therapies. Their findings were published recently in the journal Science Robotics.

The research team notes that there’s not only a need for technical improvements, but also primarily social, trust-building measures in the development of SARs. Patients in rehabilitation are especially dependent on a having a reliable relationship with their therapists.

Researchers predicted that there must be a trust in patients must have put in the safety of these robotic system, especially regarding the predictability of the behaviour of these machines. This is extremely important considering the ever-growing independence of the robots and their independence.

Robots and patients can only interact with each other well if they have shared goals that they plan to pursue during the course of therapy. To make sure that both of them are successful in accomplishing this shared goal, it is necessary for scientists to take into account several aspects of philosophical and developmental psychology when developing SARs. The ability of these robots to recognize the aims and motives of the patient is also a critical requirement if the scientists want cooperation between both to be successful.

Therefore there must be this belief for the participants to adapt to each other. When operating with other people, there can be some physical and linguistic limitations, that can extremely frustrate patients. These can be avoided if the robots are designed in a way that they can adapt to the specific needs and vulnerabilities of the patients they interact with.

Philipp Kellmeyer and Oliver Müller are the members of the Cluster of Excellence BrainLinks-BrainTools of the University of Freiburg. The study also involved Professor Dr. Shelly Levy-Tzedek and Ronit Feingold-Polak from the Ben Gurion University of the Negev, Israel. According to the research team, in the upcoming year will be developing a “Research Focus into normative aspects of interaction between people and autonomous intelligent systems”- at the Freiburg Institute for Advanced Studies (FRIAS).