There is something surprising going on in the Jet Propulsion Lab of NASA. Researchers are making an object to be used in conjunction with a telescope to block out the light of bright objects, allowing observation of a fainter object. Along with the engineers, mathematicians and astronomers, one can find a kind of expert that otherwise has no business in a NASA lab: the Origami Expert. But life finds ways to surprise even the best of us.

Origami is the ancient art of Japanese paper folding. For thousands of years it has been used to create stunning works of art. But now, origami has also been used in more surprising ways, like car bags, stents and even space exploration.

Technologists say that they want in space, large structures. Because the biggest rockets present right now are only about 5 meters in diameter, engineers had to come up with a way of folding these very large structures into spaces inside those rockets. They can make it out of thin materials, and use origami to fit them in rockets. Once it gets to space, it can unfold itself. Origami gives these engineers the underlying mathematics of how large these thin sheets fold up.

Many space projects have used the folding principles of Origami: the solar wings on the International Space Station use a Z-folding pattern, and the Mars Exploration Rover used a fan-folding pattern.

One origami project currently in development at NASA’s Jet Propulsion Lab is The Starshade, which is essentially a giant star blocker. When satellites take images in the presence of the bright Sun, all the details get washed out. Because of this, astronomers face problems while trying to image exoplanets. This is where the Starshade comes in, to help block the bright light to better help astronomers image the really faint planets right next to the star and learn more about these mysterious planets and whether they could host alien life.

Origami has been on Earth for thousands of years, but we’re just getting started on bringing the ancient art of folding to space. Origami is already influencing designs to keep satellites working properly in the coldness of space, to shield space crafts from dangerous radiations, and explore and scout new alien terrain. Because when it comes to the future of space exploration, if we want to think big, we also have to think small. 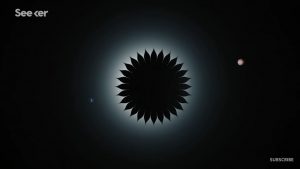 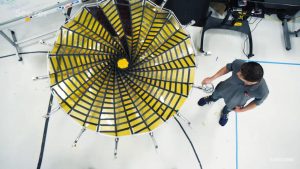 100th Satellite Launch of ISRO, Cartosat-2 placed in orbit successfully
Astronauts to set out of ISS for 1st Spacewalk of 2018