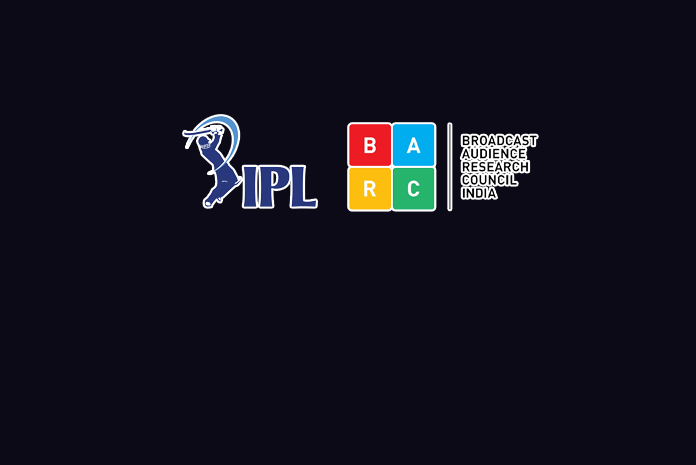 IPL 2020 Ratings: There is no stopping the craze for the 13th edition of the Indian Premier League (IPL 2020) in its 2nd week as well. The viewership numbers of IPL 2020 have increased by 3-4% according to BARC India.
Star Sports 1 Hindi is still the number 1 channel across genres for the second week running on the BARC charts. The IPL 2020 is dominating in every field which includes the likes of entertainment and news.
For week 39 too it is Star Sports 1 Hindi who has topped the list with the most number of impressions. The list is followed by Star Utsav and Star plus. According to the BARC Week 39th data, the live telecast of the sport between Mumbai Indians and Royal Challengers Bangalore is that the top-rated game of the week. Last week match between MI vs KKR was the amount 1 program across the channel. The match between Rcb and MI has been rated higher than the match played between Punjab and Mumbai. There have been 251,04 (In 1000’s) weekly impressions during the battle between Rohit Sharma and Virat Kohli.

It has been revealed that all the matches played in the week 39th are rated above any other television program. 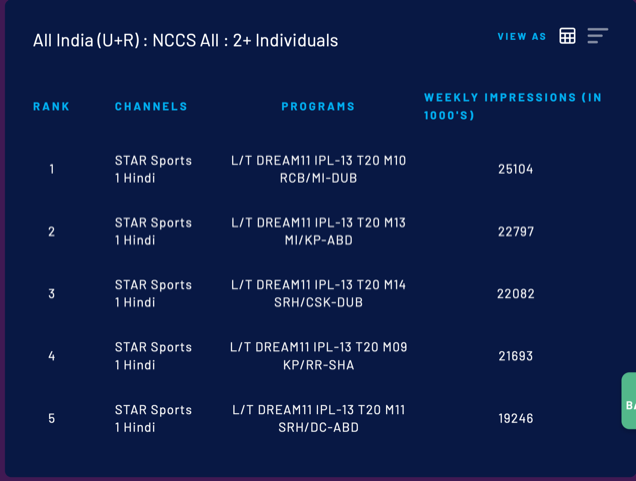