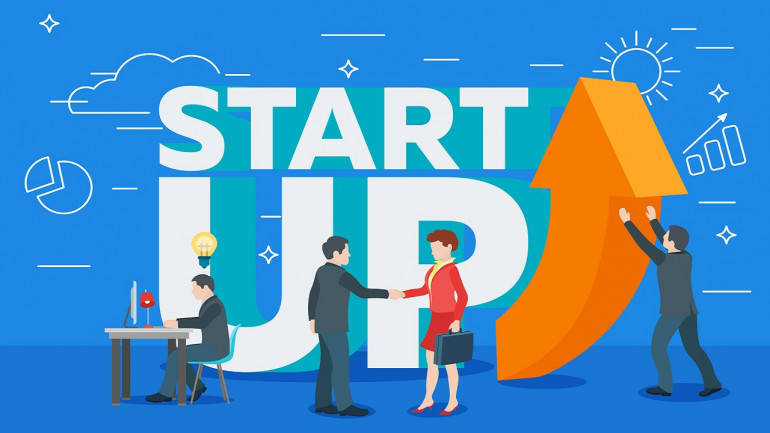 A look at some of the largest funding rounds in 2019 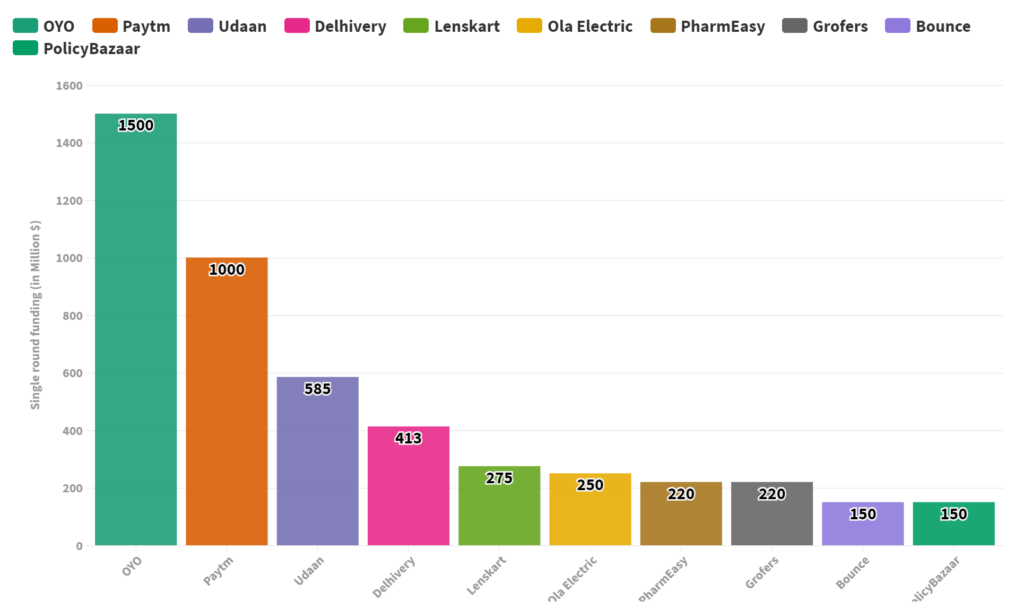 Among the top 10 largest funding rounds of 2019, PharmEasy, Grofers and Bounce are the only three startups which are not unicorns. The biggest funding round of the year was OYO’s series F round which raked in $1.5 billion from its founder and CEO Ritesh Agarwal and SoftBank.

Paytm was the only other Indian startup to bag $1 billion in a single funding round. T. Rowe Price, SoftBank Vision Fund, Discovery Capital and Ant Financial were among the investors that helped Paytm raise 2019’s second-biggest funding round.

The Indian startup ecosystem has grown on the account of numerous foreign venture capital (VC) firms backing Indian startups through India-focused funds. Recognizing the potential of Indian startups, these firms have been actively investing across all stages of the startups.

From creating new unicorns to enabling early-stage startups, these VC firms have not only raked in massive profits but also helped strengthen the overall startup ecosystem in the country.

As the year drew to an end, Lightspeed Venture Partners and Sequoia Capital‘s bet on OYO paid off in a big way helping the firms rake in around $400-500 million in profits collectively as they sold part of their shares to OYO founder Ritesh Agarwal.

While VC firms played a major role in enabling early and growth-stage startups, the involvement of private equity (PE) firms signalled the maturity of the Indian startup ecosystem.

With nine investments across startups like Ola, Dream11, BharatPe, NinjaCart, Unacademy and UrbanClap, Steadview Capital was among the top PE investors in the country. Other prominent PE investors fuelling the growth included General Atlantic with four investments, followed by three investments each by FMO, Sabre Partners India and CDC Group.

Sectors that raised the most funds in 2019 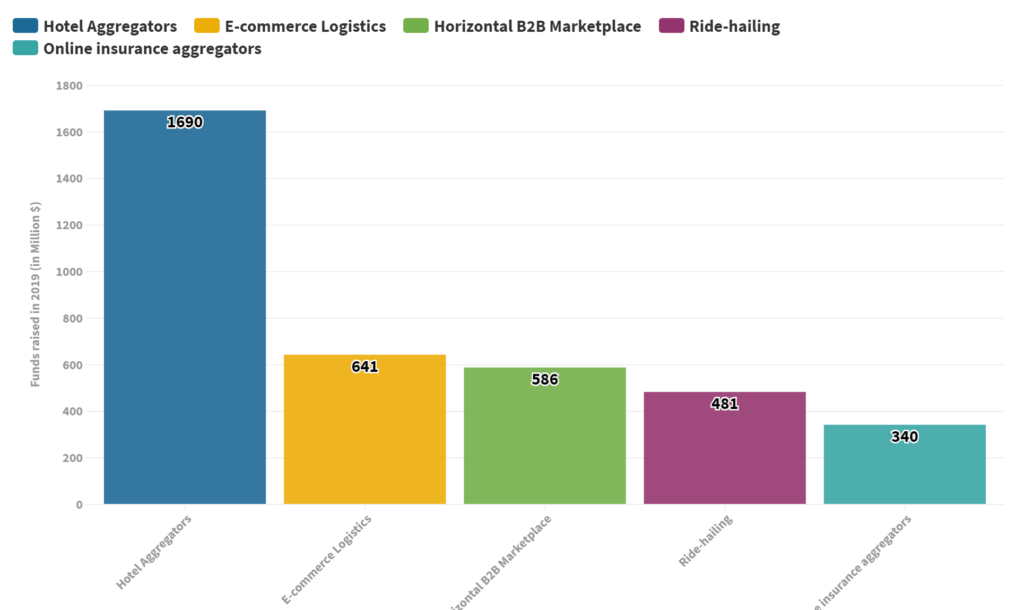 While the hotel aggregators raised the most funds, OYO scooped up the majority of those funds with a funding round of $1.5 billion. Startups in the e-commerce logistics sector raised a total of $641 million but even here most of the funding went to Delhivery, which raised a massive $413 million round. The same can be said for startups operating across horizontal B2B marketplace, ride-hailing and online insurance domains with majority of the funding being attributed to Udaan, Ola and PolicyBazaar respectively.

The numbers across the top sectors indicate that even with massive funding, the investors remained more inclined towards the more established startups.

It is no surprise that with a startup share of 55-58%, Bengaluru, Delhi-NCR and Mumbai, continue to remain the top startup hubs in the country.

With 2562 startups being founded over the last three years, Delhi dominated the startup market share with 33%, followed by Bengaluru with 1587 startups and Mumbai being third with 1027 startups.

As the Indian startup ecosystem continues to grow at a rapid pace, it is expected to add another 50,000 startups by 2024. Furthermore, India is expected to be home to 95-105 unicorns with a cumulative valuation of $350-390 billion, according to a NASSCOM report titled ‘Indian Tech Startup Ecosystem 2019’.