The Indian Wire » Startups » Swiggy revenues rise by over 200% to ₹442 crore, while losses nearly double While Swiggy saw its losses rise, its foodtech rival Zomato managed to shrink losses by 73% to ₹106 crore. It is worth noting that Swiggy’s revenue of ₹442 crore, comes really close to its rival Zomato’s revenue of ₹466 crore, during FY18.

Furthermore, in FY18, Swiggy saw its total expenses balloon up from ₹350 crore to touch ₹865 crore, more than doubling. The major part of the expenses was attributed to the foodtech giant’s aggressive efforts to boost delivery network by adding more than 90,000 delivery executives.

Elaborating on the financial performance for FY18, Swiggy’s spokesperson, said, “In FY18, we remained focused on delivering exceptional value to our users, while making significant investments for the future and improving our operational efficiencies as we start hitting scale. This has resulted in the operating revenue increase outpacing the cost increase, further strengthening our leadership position as India’s largest food ordering and delivery platform. We will continue to double down on this growth as we expand to more cities and experiment with innovative ways to bring more convenience to the lives of consumers.”

This year saw Swiggy and Zomato compete with each other aggressively to gain greater market share, through heavy discounting and other offers. The year also saw remarkable expansion from the food delivery giants, expanding presence to more cities.

Swiggy further expanded its business through acquisitions and partnerships, it partnered with foodtech startup Yumlane, and acquired on-demand delivery startup Scootsy, in August 2018.

Last month, it was reported that Swiggy expanded its cloud kitchen ‘Swiggy Access’, to four cities.

While the food delivery giants Zomato and Swiggy continue to dominate the market, other food delivery startups Uber Eats and Ola-owned Foodpanda are starting to expand aggressively, making the market more competitive. 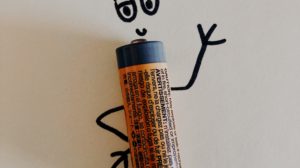