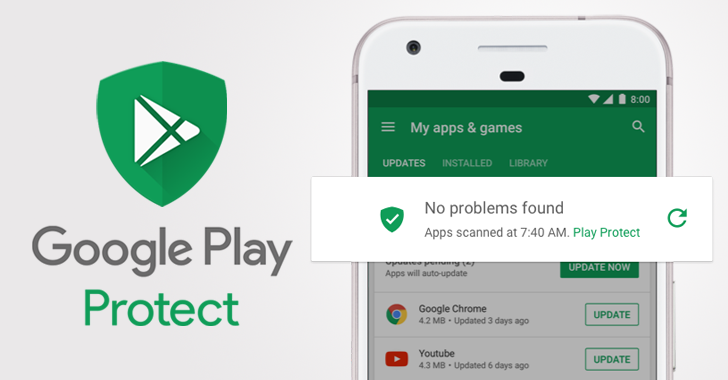 Android is open, flexible and allows users to make their own choice. However, sometimes it is also criticized for the lack of security due to its open source. The flexibility also comes with various potential security issues. Undoubtedly the open eco-system of the Android always outweighs the negatives that it offers. However, there is no doubt that we users do need a security for our devices connected using the Android. Keeping this in mind Google rolled out Google Play Protect in Google I/O last year. This system is placed by Google in order to help users keep their Android devices safe.

What is Google Play Protect:

It is a feature, mainly an evolution of Google’s Verify Apps service that was rolled out for Android several years ago. This feature comes enabled by default on all Android devices now. This feature is a real-time malware scanner that scans all the installed apps on user’s device. It will also check the apps that user will later install on their device. This will inform users about anything malicious found on the user’s device. It represents the company’s entire Android security under one name. 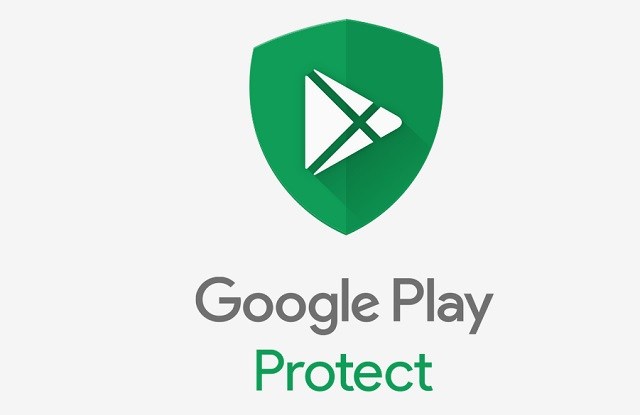 Google Play Protect was announced by the tech giant at the Google I/O developer conference last year. But it starts rolling out internationally to all Android devices that are running on Google Play Services version 11 or later by July 2017.

How to check Play Protect info on user’s device:

Users can easily check the information about Google Play Protect on their device.

Step I: At first user will have to open the Play Store.

Step II: Then select the My Apps and Games settings. 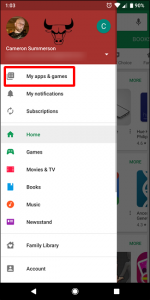 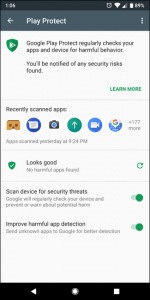 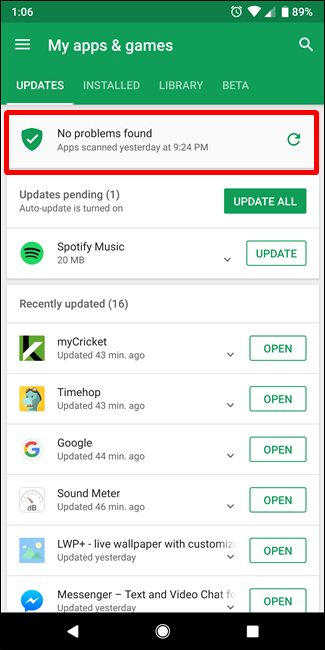 The top option on the My Apps & Games page will give the information about the Play Protect status summary.

The main and primary reason of existence of Play Protect is its Malware Scanning feature. This feature uses Machine Learning to scan and verify more than 50 billion apps every day. It scans apps from both the Play Store and outside the Play Store. Basically, it checks every app that enters the Google Play Store to make sure that it does not contain any malicious codes. If while scanning it finds something, it will reject the app i.e. the app will not be included in the Play Store. 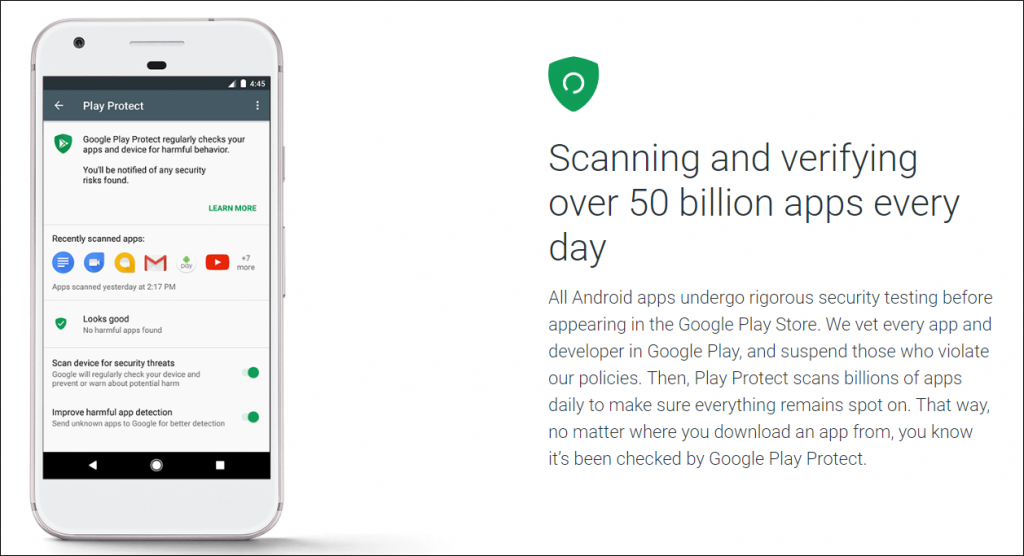 Play Protect also protects user’s device even from those apps that are installed from somewhere else other than Google Play Store. It scans all the phone’s apps for any malicious activity by those apps. If it finds something suspicious about any app, it will notify the user about the app. However, just like any other scanner, this is also not perfect. Sometimes, some apps may slip through it and become available through the Google Play Store. So it is up to the user to select which apps to install and which app to not install.

Play Protect’s Find My Phone feature will help users to protect their lost or stolen phone:

Many times users face a situation where they are unable to find their phone. It may be because they may have misplace their phone, or their phone may be stolen. In such cases, users may use the Play Protect’s Find My Phone feature to track their device. Whether the device is stolen or lost user can easily track their phone’s current or last known location through this feature. The feature also allows users to remotely lock down and wipe out their device if they are unable to find their device. In this way user can atleast make sure that their personal data is safe from others.

Play Protect to also keep users safe on the Web:

Play Protect also allows users to keep themselves from various malware available on the web. This feature integrates very easily with Google Chrome browser. If it will detect anything malicious on any website, it will warn the user and direct them back to safety. 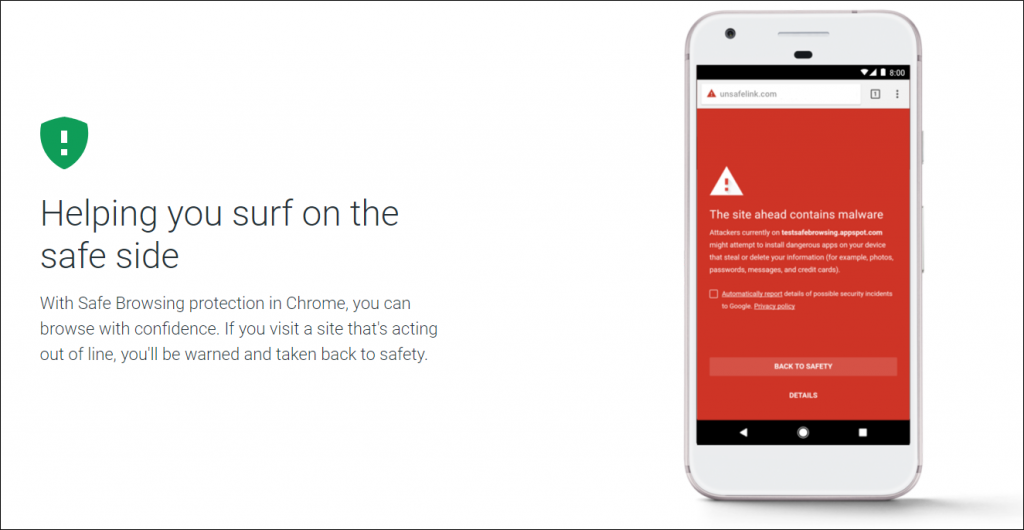 Google Play Protect is a very good feature for security on Android devices. It will help users to make their phone more secure. I hope that readers will find this tutorial more helpful in finding the details about Play Protect. 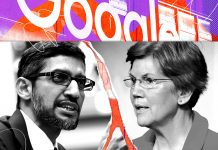 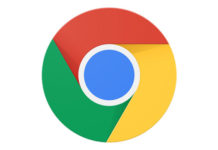