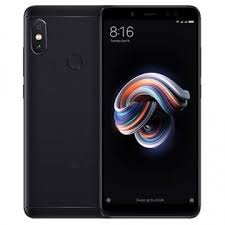 The Smartphone Market in India is turning into a colossal and unstoppable giant.

There are loads of options appearing every day. Thus, the competition in the market is at a peak. Hence, companies are willing to make sacrifices to make sales.

Looking for a great mobile phone in the range of 15000, you’ve come to the right place. Here is a list of phones with great specs in this range.

Motorola’s latest smartphone comes with a 5.7 inch Hd Display of 1080×2160 pixels which renders stunning Graphics. It runs on a 1.8Ghz Snapdragon 450 SoC with Adreno 506 Gpu and 3gb or 4gb ram options. A Dual Rear Camera setup with 12-megapixel primary sensor and 5-megapixel Secondary Sensor. Upfront there is a 6-megapixel sensor offering a beautification mode as well. Powered by a 3000 mAh battery, it has two variants 32Gb and 64GB. Read more about android news corresponding to the different Android devices. 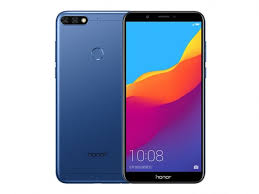 Honor 8c was launched in India in May this year and is priced at Rs 9,999 for the base model. The handset flaunts a 5.7 inch HD+ display, octa-core Qualcomm Snapdragon 430 processor. It has 3gb Ram, 32gb Internal memory, 3MP and 2MP dual rear cameras, 8 NO front facing camera and 3000 mAh battery.

The Honor 9 Lite was the first major launch by the company this year. The Handset entered the market in January this year at the price tag of Rs 10,999. The Set featured a 13MP+2MP camera setup on both front and back, 5.65-inch full HD+ display, Kirin 659 octa-core processor and 3,000 mAh battery.

Oppo launched its Realme 1 smartphone in May this year. The smartphone comes at a starting price of Rs 8,990. Some of the specifications of the smartphone include the 6-inch full HD+ screen, MediaTek Helio P60 processor, 3GB RAM, 32GB inbuilt storage, 3410 mAh battery, 13MP rear camera and an 8MP front-facing camera.

Xiaomi Launched its Redmi Note 5 Smartphone in India in February this year. The base model of the Smartphone costs Rs 9,999. The key features included in the smartphone are 5.99-inch full HD+ with 18:9 aspect ratio. There is a Qualcomm Snapdragon 625, 3GB Ram, 32GB inbuilt storage, 12MP rear camera and a 5MP front-facing camera. The device also flaunts a 4000 mAh battery.