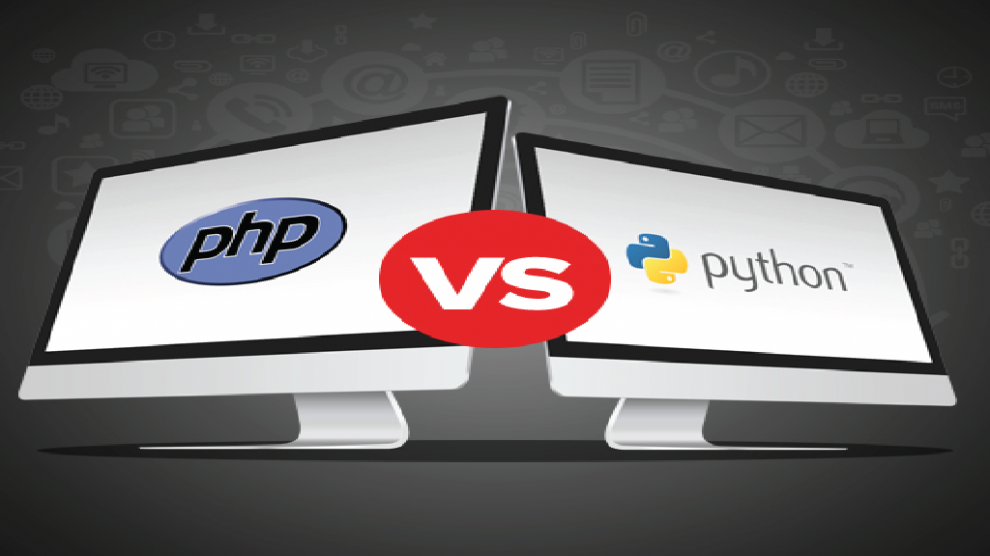 PHP vs Python!! Which one is better between them? This question remains an important discussion point because of development and project budgeting considerations. This question is particularly important for beginners who wish to make it big in web development.

PHP and Python are two very popular coding languages that have been around for a long time. PHP is one of the most used programming languages for web development, while Python is a powerful general-purpose programming language that allows prototype testing as seamless programming. Python is valued for its dynamics, availability, and simplicity, while PHP is traditionally used as a server-side scripting language. Despite their almost identical popularity among developers, these two languages have many specifics and differences.

Are you Interested to learn Python Programming? then Intellipaat’s Python Online Training is for you

In order to give a full answer to this question, it is necessary to consider the features, functionality, and scope of Python and PHP in software development. 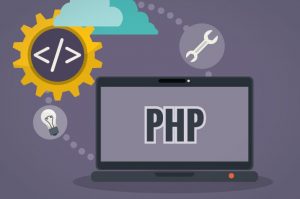 PHP is a server side scripting language, that is used to develop Static websites or Dynamic websites or Web applications. Rasmus Lerdorf originally created it in 1994, the PHP reference implementation is now produced by The PHP Group. PHP originally stood for Personal Home Page, but it now stands for the recursive acronym PHP: Hypertext Preprocessor.

PHP scripts can only be interpreted on a server that has PHP installed.The client computers accessing the PHP scripts require a web browser only.A PHP file contains PHP tags and ends with the extension “.php”. Before the page is sent to a user that has requested it, the Web server calls PHP to interpret and perform the operations called for in the PHP script.

PHP is free and offered under an open source license. Because of the constant use and extension of PHP, the emergence and growth of the community, the new language has become not just popular: over 80% of the modern websites are based on it. 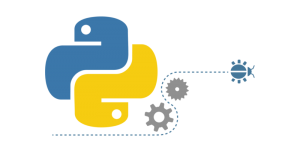 Python is one of those rare languages, which can claim to be both simple and powerful. Python is an easy to learn, powerful programming language. It has efficient high-level data structures and a simple but effective approach to object-oriented programming. It is an interpreted, object-oriented, high-level programming language with dynamic semantics. Python is simple, easy to learn syntax emphasizes readability and therefore reduces the cost of program maintenance. Python supports modules and packages, which encourages program modularity and code reuse.

Guido van Rossum created this programming language in the early 1990s. Django is a free and open source web application framework, written in Python. Its initial release was in 2005. Multiple languages inspire python, including C/C++, Java, Perl, Lisp, and ICON.

Python is based on the principle that there is only one best way to do a work. This makes Python a very strict and disciplined language and makes it easier to learn.

Unlike PHP, Python from the start was engineered as a full stack programming language, irrelative of web development. That is why it is not so popular on the web – today less than 1% of websites is created and managed using Python.

A Web framework is a collection of packages or modules, which allow developers to write Web application or services without having to handle such low-level details as protocols, sockets or process/thread management.

PHP being the most popular server-side programming language to date, it offers a large number of frameworks that the developers could use to create general purpose and industry-specific applications. PHP developers have the advantage of mature frameworks that are maintained by the enthusiastic community. Frameworks such as Laravel and Symfony, power popular applications that are used by millions of users.
Python 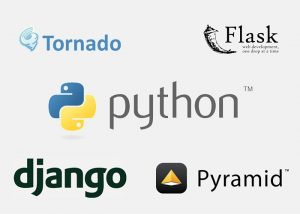 The options in Python frameworks is rather limited. Python does offer a selection of frameworks that perform the same function as the PHP frameworks. Django and Flask are two popular choices that Python developers use in constructing web apps. The number of Python frameworks is slowly increasing because of the increased of the language in mainstream projects.

1. Cross-Platform compatibility – PHP runs on most major operating systems such as Windows, Linux, Mac OS and almost every kind of database.
2. Speedy Performance – A script written in PHP performs much faster than those written a few other scripting languages like JavaScript or ASP.Net.
3. Deep code based programming language – PHP can be used to create very complex Content Management Systems (CMS) like WordPress, Drupal, Joomla and Magento. There is no need for a code processor or compiler.
4. Almost every hosting provider supports PHP – It is one of the most popular programming languages and almost every hosting provider supports it, since it doesn’t have any compatibility issues when a PHP application has to run live.
5. It is stable – PHP has many developer’s support as its backbone, so if there are any problematic bugs, someone will be well on the way to fixing it, once they are discovered.

1. Programs are easy to read – Thanks to Python’s elegant syntax it is much easier to read and write than a lot of other languages out there.
2. Easy to use – Getting a program to work is simple and straightforward, which is why Python is widely used for prototype development.
3. Easy to extend – You can always add new modules that are implemented and compiled in a language like C or C++.
4. Supports object-oriented programming with multiple inheritance and classes.
5. Advanced programming features – Python has list comprehensions, generators and many other useful features.
6. Has many specialized interest groups – Python has a large community and many widely varying parts that all focus on different things, such as scientific endeavors or prototyping.

In Python, there is only one “best” way to do something. This philosophy has led to a language strict in layout.

Python is easy to learn. If a language is difficult to learn and integrate, it will have little chance of being widely adopted. Almost all of the syntax is very similar to “real-life” words. The keywords are very familiar to any non-programmer, so beginners can pick up on the language without too much difficulty.

It is very efficient language. A new technology lacking efficiency will never gain the success. With the built-in methods and classes, common tasks are executed very easily and systematically without making any difficulty for the application.

The application remains easily open to being connected to other new modules in a systematic approach without disturbing its existing modules. This enables the application to remain in an auto-complete mode so that it can be enhanced further in later periods without debugging its core.

There are many reasons to use PHP; firstly, it is a free language with no licensing fees so the cost of using it is minimal. it can interact with many different database languages including MySQL. Both PHP and MySQL are compatible with an Apache server which is also free to license. PHP can also run on Windows, Linux and Unix servers. PHP also has very good online documentation with a good framework of functions in place. This makes the language relatively easy to learn and very well supported online.

Due to PHP being so accessible and cheap to setup there are many people who know how to use the language that makes finding new employees proficient in this language less challenging.

Python is an incredibly powerful and useful computer programming language that many of the biggest websites in the world rely on for their foundation. Here are some famous software programs that are written in Python.

YouTube is one of the most popular sites on the Internet, and it runs on one of the most powerful languages in Python. The foundation for Python helped YouTube integrate streaming videos into their pages, as well as the ability to like videos and embed certain information.

With Python at the root of DropBox, there is no longer a need for USB sticks or blank CDs, since you can now save and share everything with your cloud-based account. This program lets you save files to a cloud-based service, that you can then access from anywhere in the world.

It takes a lot of power to be able to handle the most popular search engine in the entire world. That is why Google uses Python for its mainframe foundation. The ease that Google provides for finding certain information would be impossible without Python at the core.

This site compiles a list of questions and answers that come from a community of individuals. The creators of Quora, who were former Facebook employees, decided to use Python to help them create.

Spotify changed the music game when it allowed you to listen to ad-free music of your choice. However, whether you are rocking out to the latest K-Pop song from Psy or a classic jazz tune, you are doing so because Spotify was built on Python.

Python is an easy to learn, powerful programming language. Here are some most popular projects done in PHP.

The best of PHP and JavaScript experts have worked on the most used CMS facility of the world. WordPress makes the best use of most resourceful features offered by PHP to make its offerings richer from time to time.

The Social Media King, is built on PHP. Facebook is supplied by the best of technology elements by PHP and is made to serve the huge content consumption by its millions of users each day.

Digg is highly popular among the social network marketers and was used as a social bookmarking website until a couple of years ago. Digg is superbly built and powered by the PHP technology.

the most popular and widely used Email Marketing solution in the world, MailChimp derives its powers from PHP. The platform has millions of users across the globe, and is used to send over a billion emails every single day.

Both languages offer many learning opportunities in the form of user-friendly syntax validation tools and training projects that ease out the learning process and allows for a firm foundation of the language. The choice of PHP vs Python lies in the selection between stiffness and flexibility, nativity and versatility. The final choice always belongs to the developer and depends on the assigned task.