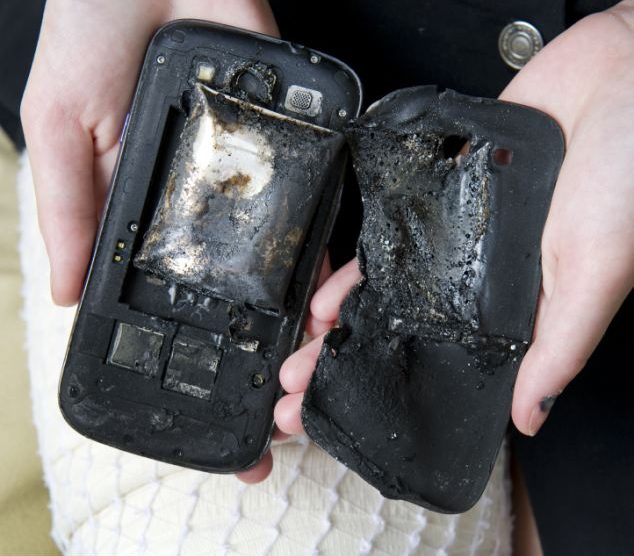 It is not a new thing in the smartphone industry, that too for the Samsung. A recent news covered in the News Asia channel in Indonesia has witnessed a similar incident, this time for an older smartphone.

According to the news channel report, the device was inside the shirt pocket of the man, and suddenly the device starts blowing out the fire like the Deepavali 100 waala cracker. And the man tries to remove his shirt to same himself from the fire damage. The device that exploded in the pocket was the Samsung Galaxy Grand Duos, which released in 2013.

After this incident, Samsung has an official statement to CNET, and company blames the customers that, he has been using either a 3rd party battery or a third party charger, which has caused this incident. Here is the official product statement from the Samsung officials:

“We sincerely wish for our customer’s swift recovery, and strongly recommend all our consumers to use Samsung’s genuine or approved batteries that have been specifically designed for use in Samsung products.”

So, if it is true, what causes the smartphone to catch fire? and here are few of the scientific explanations regarding the same.

Unspecified charger: The first mistake that most of us to is the usage of the unspecified charger, even though the charger is from a branded OEM, however, the device might not have the capability of the same rating. Here is an example for the same:

The Redmi Note 4 comes with a charger specified at 2 amps and 5 volts (maximum output), but when you use other charger, lets say charger made from Mi for Xiaomi Mi 6, which offers fast charging 1.5 amps and  10 volts, the device circuit may meltdown due to high capacity voltage and current, which may lead the battery to overcharge and it will blast like a bomb.

The next possible mistake is using a third party battery. Luckily, most of the modern smartphones offer a non-user replaceable battery. However, some of the older smartphones still offer a user-replaceable battery, as the time moves on, the battery capacity decreases, where the user likes to replace the battery (probably made from a third party OEM) to save some amount. Due to the low-quality battery, a slight puncture or damage or heat might cause the anode and cathode of the device to short circuit, which once again causes the damage to the entire device.

Saving few hundred bucks is not greater than your life, so, always use your smartphone with original accessories.