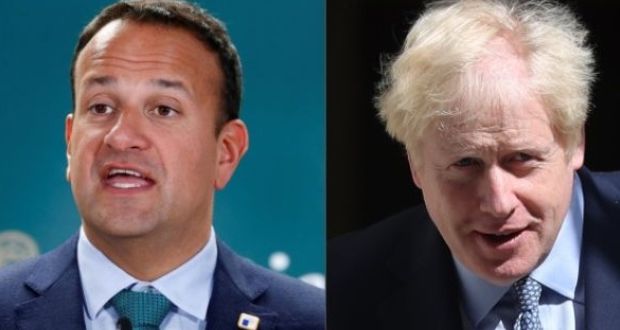 Dublin, Sep 9: United Kingdom (UK) Prime Minister Boris Johnson has on Monday arrived in Dublin to hold his first official face-to-face talks with Leo Varadkar, the prime minister of the Republic of Ireland.

According to RTE sources, the meeting will be their first-ever face-to-face meeting since Johnson assumed the office as the British prime minister in late July.

Varadkar and Johnson are expected to hold talks in Dublin over Brexit, resorting concerns over no-deal Brexit and institutions in Northern Ireland.

Ahead of the meeting, Varadkar said he didn’t expect any breakthrough, though. He said, “I don’t think the meeting tomorrow is a high stakes meeting, as I don’t anticipate a big breakthrough tomorrow, if we come to an agreement, that agreement will happen in October at the EU summit.”

“It will be an opportunity to get to know each other a little bit better, to see if there is common ground, I’m sure there will be,” Varadkar added.

Meanwhile, British Labour party’s Brexit spokesperson Keir Starmer released an official statement stating the UK government intends to backtrack on solemn commitments made to the people of Northern Ireland, adding, “Those commitments were the foundation of an agreement with the EU that would protect the peace process and avoid a hard border in Northern Ireland.”

The spokesperson also ensures during Johnson’s meeting with the Irish prime minister, the British PM would not row back and the government would not “take negotiations down such a reckless path”.