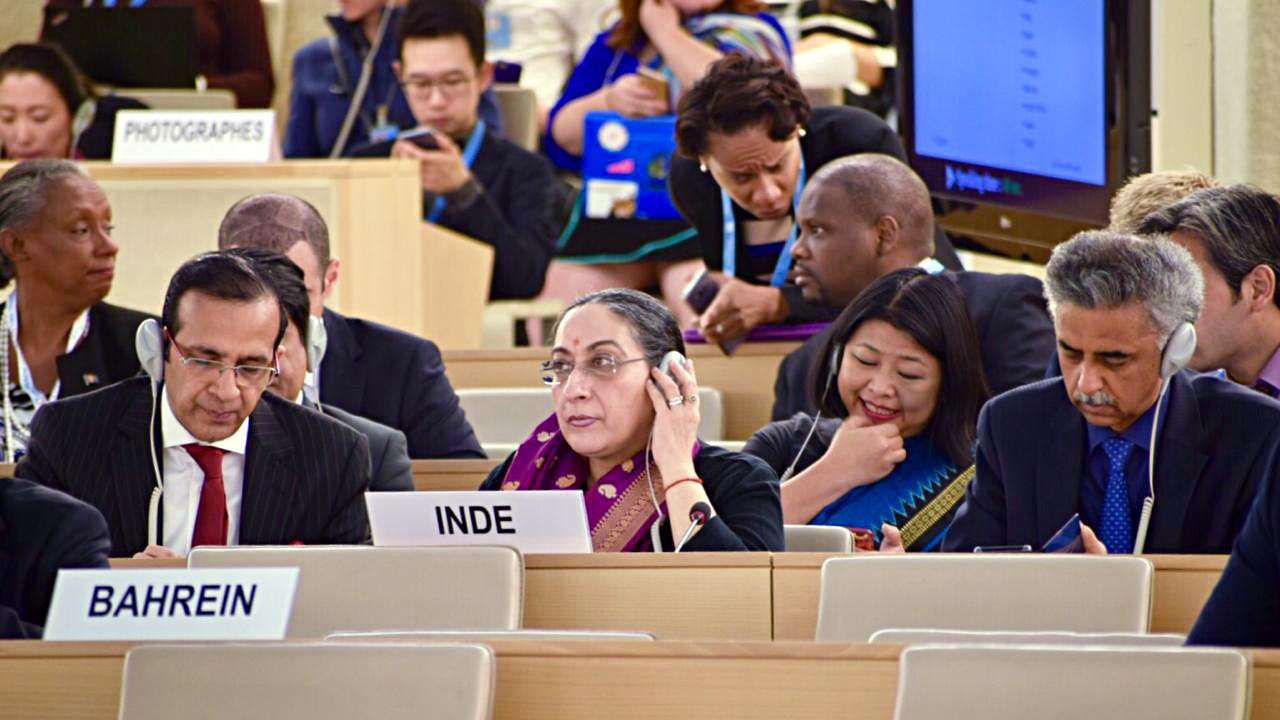 Geneva, Sep 11: India has on Tuesday slammed Pakistan’s allegations, terming it “fabricated narrative” over the pertaining situation in Jammu and Kashmir and calling the nation “the epicentre of global terrorism, which conducts cross-border terrorism.

“We wish to reiterate that this sovereign decision like other legislation passed by Parliament is entirely internal to India. No country can accept interference in its internal affairs, certainly not India,” Singh said.

He further said the UN board should get out the individuals who are abusing this stage for malevolent political motivation under the attire of human rights.

“Those who are attempting this speak on the human rights of minorities in other countries whilst trampling upon them at will in their own country. They cry victim when they actually are the perpetrators,” she said.

Referring to Pakistan, the Indian minister said one delegation “has given a running commentary with offensive rhetoric of false allegations and concocted charges against my country.”

“The world is aware that this fabricated narrative comes from the epicentre of global terrorism, where ring leaders were sheltered for years. This nation conducts cross-border terrorism as a form of ‘alternate diplomacy,” he said.

Singh said terrorism represents a grave test to the responsibility of the worldwide network to ensure the privilege to life and security of individuals internationally.

“It is extinguishing innocent lives and spreading fear and uncertainty. Those who abet, finance and support terrorism in any form on territory under their control are in truth the worst violators of human rights,” he said.

“Democratic processes have been initiated. Restrictions are being eased continuously. Temporary preventive and precautionary measures were necessitated to ensure safety and security of our citizens in the face of credible threats of cross-border terrorism,” she said.

She said India solidly puts stock in a helpful way to deal with shape the human rights talk in the Council.