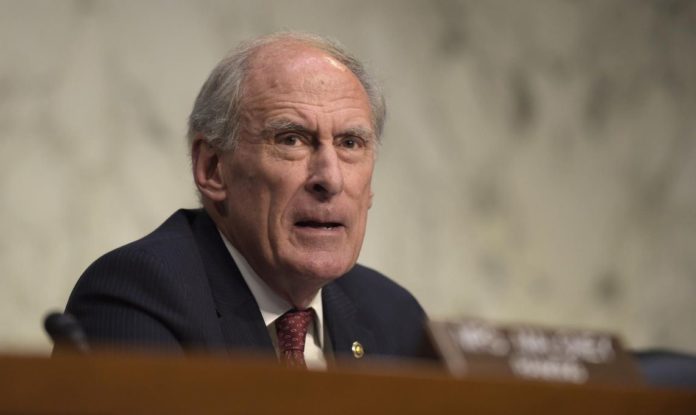 The United States director of national intelligence Dan Coats has warned that Iran was likely to retaliate Israel airstrikes with attacks if Tel Aviv further strikes Iranian targets in Syria while speaking before the US Senate intelligence committee as a part of an annual Worldwide threat assessment.

According to Sputnik news reports, Coats said, “We assess that Iran seeks to avoid a major armed conflict with Israel. However, Israeli strikes that result in Iranian casualties increase the likelihood of Iranian conventional retaliation against Israel.”

Chief claimed Tehran’s purported attempts to further expand its clout in the Syrian region had triggered the airstrikes by Israel. He said, “Iran continues to pursue permanent military bases and economic deals in Syria and probably wants to maintain a network of Shia foreign fighters there despite Israeli attacks on Iranian positions in Syria. Iran’s efforts to consolidate its influence in Syria and arm Hezbollah have promoted Israeli airstrikes as recently as January 2019 against Iranian positions within Syria and underscore our growing concern about the long-time trajectory of Iranian influence in the region and the risk that conflict will escalate.”

Coats’s comment has echoed similar remarks made by Israeli officials, as well president Reuven Rivlin, who warned last week that Iran might “intensify its responses” to the Israeli airstrikes on Syria.

Islamic Revolutionary Guard Corps second-in-command Brig. Gen. Hossein Salami has on January 28, said, “If Israel takes any action to wage a war against us, it will definitely lead to its own elimination and freeing of occupied territories. Iran’s strategy is to remove the Zionist regime from the political map, and the Israelis contribute to this by their criminal activities.”

While making similar comments a week ago, Iranian Air Force Commander Brigadier General Aziz Nasirzadeh has said, “Current and future generations [of air force pilots] are impatient and ready to fight against Israel and eliminate it from the Earth.”