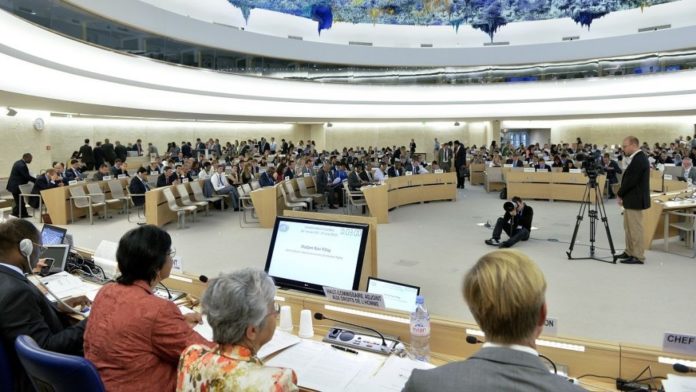 Pakistan-occupied Kashmir (PoK)’s activists have criticized the Pulwama terror attack and also asked Islamabad to take strict actions against all terror organizations operating from its soil against India.

According to ANI news reports, on the sidelines of the United Nations Human Rights Council (UNHRC), at an event on Monday, while stressing over the threat of terrorism and extremism, the activists said the whole world is suffering from its menace, not only their region.

Sardar alleged that “Pakistan’s army officials are now openly asking Kashmiri to stop using light weapons and go for suicide attacks”. He said, “It is being openly preached by retired
Army Generals. It is an alarming situation. We, people, love peaceful co-existence as
our state is multi-cultural, multi-religious and multi-ethnic.”

Decrying Pakistan’s reaction to terrorism, he said, “If Pakistan is continuously promoting extremism and terrorism, our state will be divided into thousand pieces on the basis of sects because we have Christians, Buddhists, Hindus and Muslims.”

He alleged that Pakistan always uses terrorism as a weapon and that “they are using religion”.

While urging the UNHRC to intervene and ask Islamabad to dismantle terrorist infrastructure, he said, “So, we are in a very critical situation, that’s why we are asking the UN Human Rights Council and the world community to intervene and ask Pakistan to change its mind and send a fact-finding mission so that all the terrorist infrastructure which is very much intact in PoK should be dismantled.”

He asserted, “Pakistan government needs to take some responsibility and get rid of these non-state actors because they are not only destroying the local but international peace.”