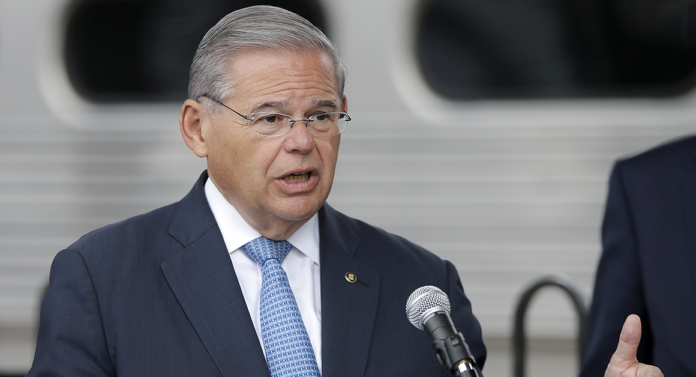 Washington DC, June 19: United States Senator Bob Menendez has on Tuesday kicked off his formal proceedings to override Presiden Donald Trump’s plan for arms sale worth $8.1 billion to the United Arab Emirates (UAE) and Saudi Arabia without a Congress contest, setting up US Senate votes over the issue as soon as this week.

According to Al-Jazeera news reports, the most senior Democrat on the Senate foreign relations committee, Menendez, has urged the Senate to immediately consider the resolution which disapproves one of the agreements, to sell munitions, made by Raytheon Co, to Saudi Arabia.

It was the first amongst 22 resolutions objecting to arms sales to the Kingdom which was introduced by politicians last month who objected to Trump’s decision to continue to override US Congress’ review of arms deals by announcing an emergency knot to actions from Iran.

On Tuesday, aides have said the politicians were negotiating over an agreement on when and how the US Senate would vote. Without the deal, each of the 22 resolutions would be subjected to a ten-hour debate.

Arms sale-backer has stated they would support American partners to counter Iranian aggression. Saudi Arabia and opponents should be held responsible for human rights abuses, also including the murder of US journalist Jamal Khashoggi in the Saudi consulate of Istanbul last year on October 2.

Moreover, they do not seek US arms to contribute to escalating Yemen war and crisis, where the UAE and Saudi Arabia are fighting Iranian backed Houthi rebels.

Menendez stated the Kingdom has made use of precision-guided munitions (PGMs) “in the killing of untold numbers of innocent civilians in their ongoing campaign in Yemen”.

The resolution supporters said they would collect enough bipartisan backing to pass both the House of Representatives and Senate, despite a slim majority of Republicans in the Senate.

However, the resolution to become a law, they would have to garner at least two-thirds majority in both the US houses to override an expected Trump’s veto.

American arms control law enables Congress to dismiss weapon sales of international nations but an exemption in arms law enables the president to waive the arms assistance for US congressional approval by declaring a state of a national security emergency.