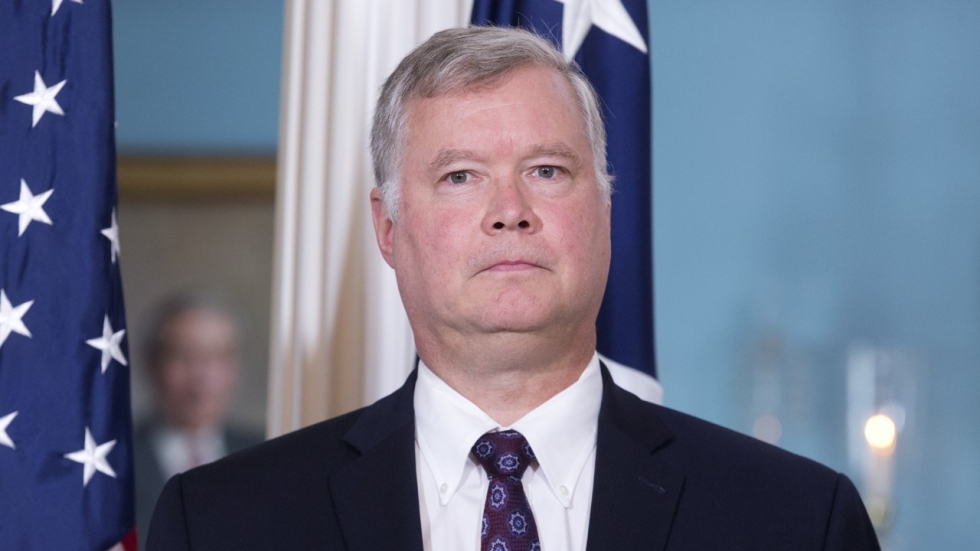 The United States envoy is about to visit South Korea on Wednesday, as still Pyongyang and Washington are struggling to find a way to breakthrough over their stalled nuclear talks, which aimed to end North Korea’s nuclear program.

According to news reports, the US special representative for North Korean Stephen Biegun is still due four-day official visit to South Korean.

At the summit held in June in Singapore, the North Korean President Kim Jong Un has vowed to the US President Donald Trump to work together towards the denuclearization at Kim’s landmark, but infact, both the two sided have since then made a little progress.

Both the nations are yet to reschedule meeting between the US secretary of state Mike Pompeo and the North Korean senior official Kim Yong Chol, after brutally disagreement and cancelling the meeting in November.

However, according to news reports, Trump has said that a second meeting with North Korean leaders is likely to be held in earlies of 2019 i.e., January of February, although in a tweet last week, Trump has wrote that for the meeting he is “in no hurry”.

North Koran, for several years, has followed or chased the missile and nuclear program in the defiance of the UN security council resolutions but however, the aggressive rhetoric from both the Trump and Pyongyang, that has raised a fears of war, has been eased this year.

The stalled nuclear negotiations had also impacted its inter-Korean ties with the North Korean aloof towards the South Korean’s plan over to host the North  leader in Seoul in December, as they agreed at the summit with South leader Moon Jae-in in September in Pyongyang.

South Korean Unification Minister Cho Myoung-gyon said that the nuclear talks would be facing a critical moment in-between months of February and March. Cho Myoung-gyon said, “I think it is fair to say that the denuclearization process is not yet on track in earnest,” adding, “Next year, we can see whether they will have a chance to get closer to the objectives.”

North Korean has praised Trump’s “willingness” of dialogues but slammed Washington for imposing sanctions and accused the US state department of being “bent on bringing the DPRK-U.S. relations back to the status of last year which was marked by exchanges of fire”.

According to news reports, deputy spokesperson Robert Palladino said, “The sooner North Korea denuclearizes, the sooner sanctions can be lifted.”

Ahead of Biegun’s meeting on Friday, in order to boost coordination on the North Korean policy, he was schedule to hold a meeting with South Korean official Lee Do-hoon on Thursday.

The United States pledges to aid $10.6 billion in Mexico and Central America
Facebook bans hundreds of Myanmar’s accounts, pages and group from its social network
Comment