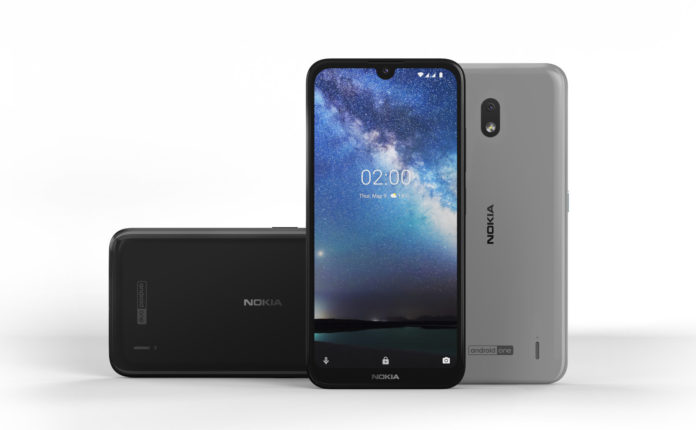 HMD Global, at an event in New Delhi on Thursday, announced a new affordable Nokia smartphone, Nokia 2.2 which will be the most affordable Android One smartphone from the company.

“Nokia 2.2 is the most accessible smartphone in the Indian market that gives you the promise of Android One and brings you the most secure Android experience. I’m happy to share that Nokia 2.2 is being announced in India first than globally, and we’re not stopping at that,” Juho Sarvikas, Chief Product Officer, HMD Global said. Consumers can pre-book between 6 June and 10 June. The smartphones are available on Flipkart and Nokia’s online store.

The Nokia 2.2 sports a 5.7-inch HD+ display with 400 nits maximum brightness and aspect ratio of 19: 9. The display has a U-shaped cutout to accommodate the front camera. It is powered by a MediaTek Helio A22 processor with four Cortex A53 cores clocked at 2GHz. As already discussed before, it comes in two variants with 2GB RAM/16GB internal storage and 3GB RAM/32GB internal storage configurations.

When it comes to optics, the smartphone offers a lonesome 13MP camera at the back with f/2.2 aperture paired with a single LED flash. At the front, underneath the U-shaped notch cutout, sits a 5MP selfie clicker.

The smartphone is backed by 3,000mAh battery and runs the latest version of Android Pie under the Android One program. Nokia is emphasizing on the fact that smartphone is Android Q ready and would receive the update for it as soon as it starts rolling out later this year.

Other features of the smartphone include a dedicated Google Assistant button and face unlock.