Mahindra will announce the price of the all-new Mahindra Thar on 2 October. However, the company has announced to even start the bookings for the SUV on the same day.

On the second generation Mahindra Thar, customers will get two engines on offer. The first one will be a 2.0L turbo petrol engine that produces 152BHP of power and 300Nm of torque. Meanwhile, the second 2.2L diesel engine produces 132BHP of power with a peak torque of 300Nm. Both these engines come paired to either a 6-speed manual or a 6-speed automatic gearbox.

On the exterior, the second generation Mahindra Thar comes with circular headlamps, LED taillights, 18-inch alloy wheels and a signature front grille. Mahindra is also offering the all-new Mahindra Thar with two trims, precisely AX and LX. Where, the AX variant comes as a true offroader while the LX variant gets both comfort and off-road capabilities. Safety features such as dual front airbags, ABS, EBD, tyre pressure monitoring system, speed alert system and ESP are also offered on the second generation Mahindra Thar.

We expect Mahindra to start delivering the all-new Thar by the October end. Meanwhile, the price of the all-new Mahindra Thar will be somewhere around ₹12-15 Lakh onwards. 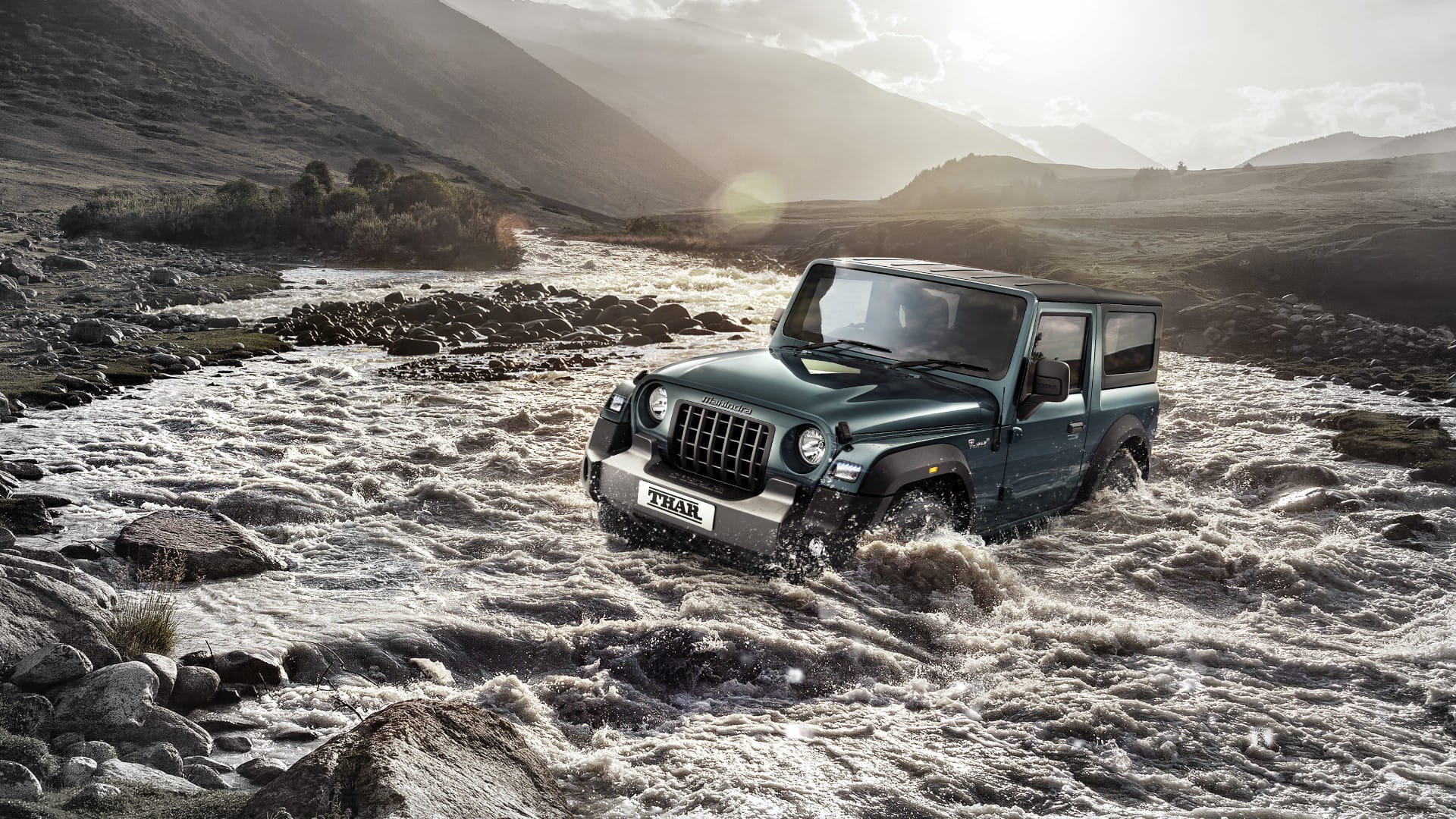