Jeep Compass Vs Volkswagen Tiguan – Which One’s Capable Of Being The Segment King? 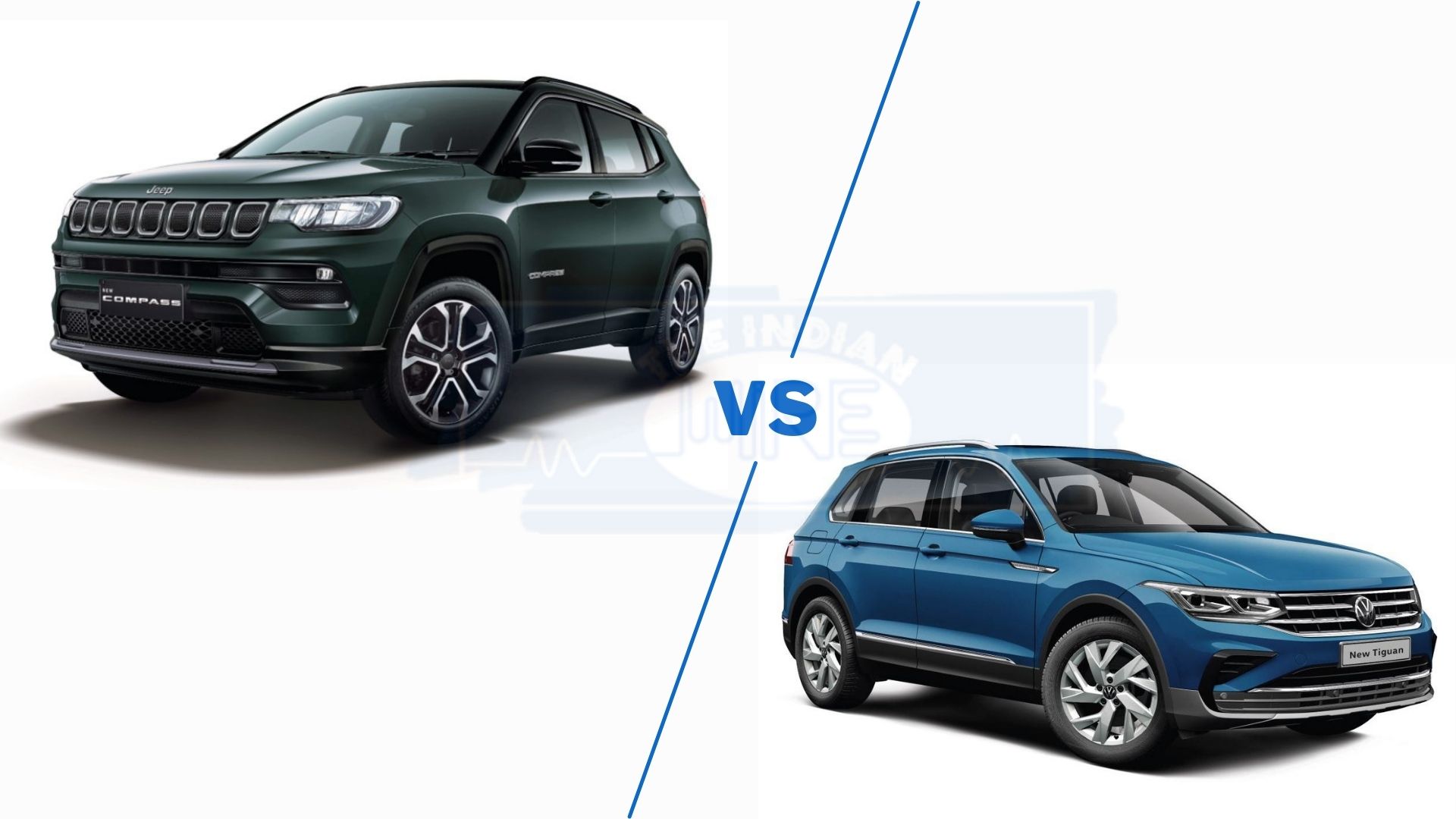 There was a time when a sedan was used to represent our status symbol. People bought them probably for their length and space but over the years, the demand has evolved extensively. Buyers are now smart. They understand what exactly a complete package is and therefore, their interest has moved towards SUVs keeping in mind the overall practicality this segment has got to offer.

Eventually, everything improves with time. Several R&D teams after learning how a big SUV sometimes become impossible to manoeuvre inside the city have created a new segment altogether. In simple words, it is called the ‘Compact SUV’ segment and in India, it’s getting more popular day by day.

Today we have the two extremely capable compact SUVs, the updated Jeep Compass and the all-new Volkswagen Tiguan with us. And if you are someone who is confused between these two. We will find out which one is a better choice for you and why.

Jeep is a well-known brand in the US and if you know, it really has an intimidating lineup there. So, what made such a big carmaker introduce a heavily localised, market-oriented SUV in India? Firstly, Jeep came up with the Compass which is ultimately a compact SUV. That means it is easy to manoeuvre inside the city while being capable enough on almost every terrain available here. Sounds like a perfect product for the Indian market. Another interesting part about this particular market is that the demand here is completely opposite to what people want globally. It has been around 5 years since the inception of Compass and to be very frank, Jeep is still enjoying a decent number of sales with only two products on offer.

Unlike the new Tiguan which is available with a single fully-loaded variant, Jeep Compass is sold in multiple trim levels. To give you an idea, the top-end S variant of the Compass comes equipped with a floating touchscreen infotainment system, a fully digital driver’s display, panoramic sunroof, 360-degree camera, ventilated leather seats, wireless charger, dual-zone climate control and connected car tech among others. Jeep has also ensured the occupant’s safety by introducing 6 airbags, ESC, rain brake support, ERM, ABS and auto hold.

What’s better than choosing the engine of your choice! Isn’t it? The affordable variants of Compass are equipped with a 1.4-litre four-cylinder turbocharged petrol engine with overall output rated at 160 horsepower and 250Nm. Meanwhile, the expensive ones are powered by a 2.0-lite four-cylinder diesel unit known for returning a slightly better fuel efficiency. According to the spec sheet, this PU is capable of churning out a massive 167 horsepower and 350Nm while playing the role of a practical alternative in every possible way out.

For now, both of them are available with a 6-speed manual gearbox. But considering the buyer’s convenience, Jeep is also offering either a DCT or an AT gearbox depending upon the engines. Sadly, the 4X4 system is limited to the top-end diesel automatic configuration only.

Volkswagen was literally struggling in India but with the SUVW strategy onboard, the brand eventually managed to make a strong comeback. Now, if you want to talk about the Tiguan, we need to do some time travel. To recall, it was 2017 when Volkswagen first came up with the 5-seater Tiguan in India. Back then, the SUV was available with a diesel motor and that’s the only reason why it got discontinued as soon as the BS6 emission norms were introduced. Tiguan again made a comeback but this time, it was the 7-seater version called the All Space. This went on for some time until the German marque realised the value of the former 5-seater SUV. As a result, they reintroduced it and finally, we have the updated Tiguan here.

Powering the new Tiguan is VW’s reliable 2.0-litre four-cylinder turbocharged petrol engine. Thankfully, the overall output from this unit stands at a massive 190 horsepower and 320Nm of peak torque making it one of the most refined power units in the segment. Since Volkswagen has even decided to retail a single fully loaded variant of Tiguan in India, that’s the only reason why it is available with a 7-speed DSG transmission and a 4MOTION all-wheel-drive system as standard.

If fuel efficiency is something you are very particular about, Tiguan might not be your first preference. The SUV is said to return a mileage of up to 12kmpl and that’s the sole reason why a 60-litre fuel tank is being offered to improve the overall range.

Jeep Compass Vs Volkswagen Tiguan: At A Glance

Tiguan might have the most refined engine but it misses out on some crucial features including a wireless charger, ventilated seats, 360-degree camera and wireless Android Auto & Apple CarPlay. Thankfully, all these features are available on the all-new Jeep Compass at a comparatively lower price. Well this way, the throne of this segment is definitely reserved for Compass, at least till Hyundai brings the fourth-gen Tucson to India.