Ford has slammed Tesla multiple times for recalling their vehicle after it is delivered. Meanwhile, this time Ford has delayed the deliveries of the Ford Mustang Mach-E in the name of quality check. According to Ford, the company will not deliver a single Mach-E until and unless the EVs are properly tested. This could surely be one of the reasons for the delay. However, according to the sources, the American carmaker is not delivering the EVs due to some undeclared issue. Well! Whatever that issue is, we hope Ford will not test the patience of their customers further.

Ford first launched the Mustang Mach-E in the fourth quarter of 2019 and it was introduced as the first electric crossover by the American carmaker. Coming to the features it offered was a 15.5-inch Tesla inspired vertical infotainment system, 10.2-inch all-digital instrument cluster without any handle on the doors. Further, the electric crossover comes equipped with a multifunctional steering wheel.

Searching for what powers the Mustang Mach-E? It is powered by either a 76 kWh or a 99 kWh battery. Meanwhile, the base variant comes with a single motor and rear-wheel drive powertrain that churns out 254BHP of power. Further, there is another sensible option of a twin motor and all-wheel drive powertrain and mind you, it produces a massive 332BHP of power. Apart from this, Ford has also launched a performance variant of the Mach-E. The powerful motor on the Mustang Mach-E GT can churn out a massive 480HP.

It rivals the most valuable electric cars globally such as the Tesla Model X, Mercedes Benz EQC, Audi E-Tron, Polestar 2 and Jaguar I-Pace. However, it is not exactly a conventional Ford Mustang but it still manages to fulfill its job of an electric crossover really well. 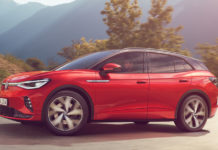 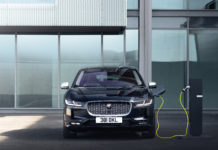 Jaguar I-Pace Launch Postponed In India, Will Make Its Debut On 23rd March