The German carmaker is offering the Coupe SUV with the sportier R-Line trim. And thus, the Tiguan X comes with the sporty bumpers that get a blacked-out air dam with chrome accents on it. Likewise, the car looks similar to the regular Tiguan until the B-Pillar after which the roofline moves downward giving it a Coupe kind of a look. The Volkswagen Tiguan X also gets the blacked-out roof, B-Pillar, R-Line badging and OVRMs.

The engine that powers the Volkswagen Tiguan X is a 2.0-litre TSI petrol engine. It produces 186PS of power and 330Nm of torque. However, Tiguan X also comes with a top-spec variant that draws its power from a 2.0-litre turbocharged petrol engine that produces 220PS of power along with a peak torque of 380Nm. Both the engine comes paired to a 7-speed DSG transmission. Meanwhile, the top-spec variant will get the ‘4MOTION’ all-wheel drive technology by Volkswagen.

The all-new Volkswagen Tiguan X is 4762mm long, 1859mm wide and gets a height of around 1628mm. Meanwhile, the wheelbase of the Tiguan X is 2791mm long. It also offers a rear spoiler, sleek taillamps, dual faux exhaust tips as well as the diffuser.

With an amazing Coupe look and tons of features on offer, the Volkswagen Tiguan X will only be released in China. Meanwhile, the German carmaker has no plans to bring the Tiguan X in India anytime soon. However, Volkswagen is working on the regular Tiguan which will be launched in India soon with a 1.5-litre TSI engine. 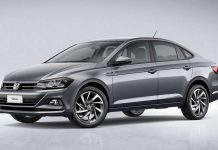 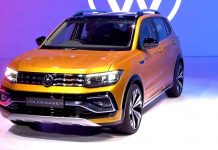 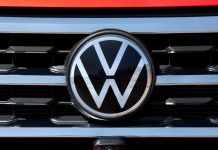