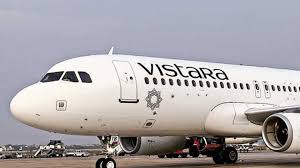 Indian carrier Vistara Airlines on Tuesday announced the commencement of 16 new domestic flights. Along with this, airline also announced two new flight destinations, Raipur and Dibrugarh. The carrier stated that introducing new flights and destination is part of its business strategy for expansion of its network.

“Vistara is pleased to announce new destinations, flights, and frequencies in response to high demand from customers and corporates alike. We continue to carefully evaluate new route and destination possibilities, and will be adding more flights as we add aircraft to the fleet over the next fiscal year,” Vistara’s chief strategy and commercial officer Sanjiv Kapoor said.

Vistara which started its flying operations 3 years ago has been vigorously planning to expand its network not just in India but in foreign too. The Airline last month confirmed that it is ready for international operations and is just waiting for governments’s nod.