The Indian Wire » Education » After totalling irregularities in board results, Gujarat board doubles penalties on teachers 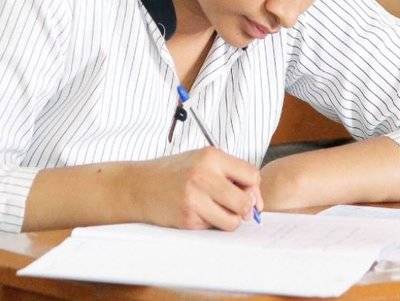 The Gujarat Secondary and Higher Education Board (GSHSEB) has double the fine for the teachers who have done mistake in totaling of marks for class X and class XII board examination papers.

In the era of tough competition when every mark count, near about 7,600 teachers have blundered by committing totalling mistake of 10 marks and more.

120 such erring teachers were send before the state education minister Bhupendrasinh Chudasama on Wednesday.

M M Pathan officer of GSHSEB, said, ” the teachers who committed these type of blunder in paper-checking this year had to face consequences”.

The most erroneous totaling for class 12 general stream was of 56 marks while that for class 12 science the biggest blunder was of 12 marks.

For class 10 paper checking, the biggest blunder committed was of 20 marks out of total 50 marks. In many cases, teachers had skipped checking answers.

The biggest irony or misfortune is that these same paper checkers teach maths and science subject in schools.

This year in March about 6 lakh students had appeared in Class 12 general and science exams from Gujarat board and the close observations of results have exposed several teachers who have miserably failed in basic additions when it come to totalling of marks.

In case of class 10 about 10.5 lakh students had appeared of which nearly 4.5 lakh candidates had failed in the math test.

The totaling is cross-checked again during data entry while preparing final results. Due to this the students did not have to face injustice due to these uncorrected errors.

“Apart from the 120, the other erring teachers will be also summoned before the board and the minister August 27. As there isn’t much change in the number of totaling errors as compared to last year, we have decided to double the fine amount,” said A J Shah, chairman of GSHSEB. Last year, GSHSEB recovered more than Rs 13 lakh as fine form teachers.