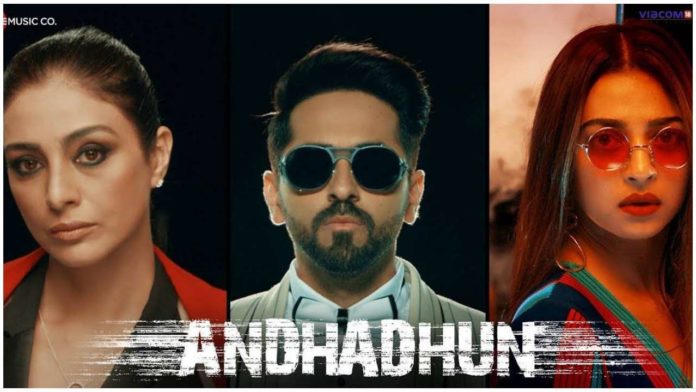 Ayushmann Khurrana‘s ‘Andhadhun‘, one of the most talked about thrillers of 2018 released in China which is emerging as a notable market for Bollywood films, with the title ‘Piano Player’. The film is running successfully in the theatres in China and has collected ₹280.70 crores at the Chinese Box Office since its release.

The film is produced by Viacom18 Motion Pictures and Match Box pictures, The movie features Tabu as a former actress, Ayushmann Khurrana as a blind Pianist, and Radhika Apte. It is a story about the blind pianist, who fakes his disability, witnesses a double murder, but could not complain about it for the sake of his own safety, but eventually ends up in a life-threatening situation.

‘Andhadhun’ tops the IMDb list of the best Indian movies of the year. It is one of the lowest budget movie, who made it big due to its unique storyline and the great performance by the cast.

The film is directed by Sriram Raghavan, it is the first time Raghavan’s film is releasing in China and he is very excited about to present his work to a new audience.

‘Andhadhun’ also opened at the 17th edition of the Indian Film Festival of Los Angeles, which ran from April 11 to April 14.