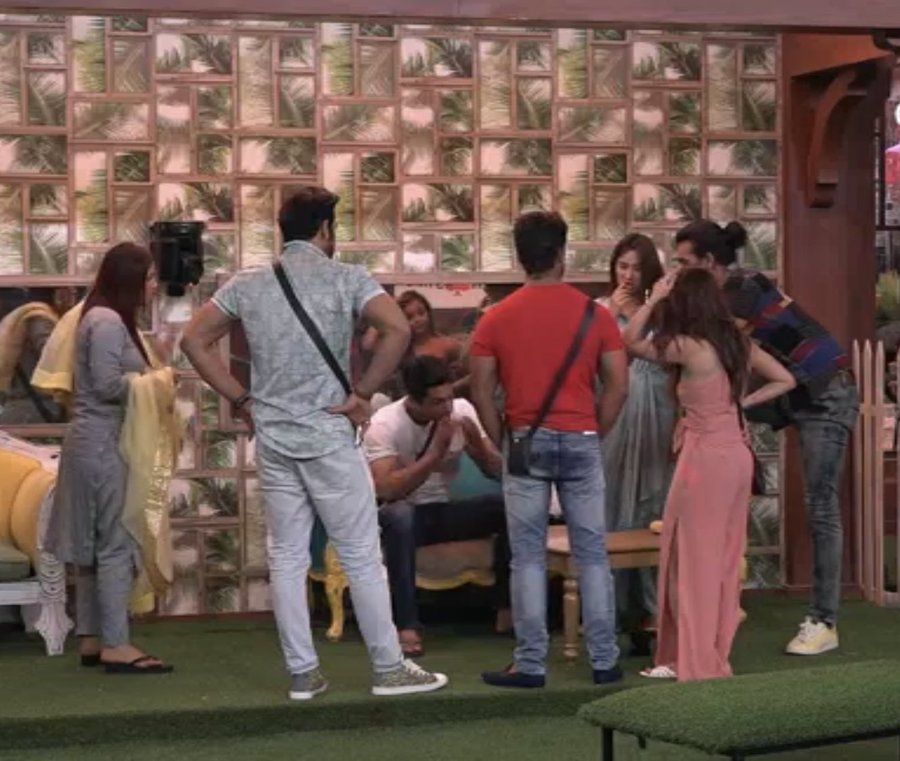 The episode begins with a fight between Himanshi and Paras as he mocks her, while Shehnaz watches from the sidelines, and then joins in to insult her. Himanshi discusses the fight with Asim, who’s concerned for her. Paras and Shehnaz talk to Asim about his feelings toward Himanshi. Siddharth and Shehnaz run around the house and have fun. Then, during the task, a major fight erupts between Hindustani Bhau and Vishal, because the latter says he doesn’t want to be addressed by “tu”. Siddharth explains to Hindustani Bhau that its an issue about North India and East India divide, people who use tu and aap to greet people. The fight is resolved. Hindustani takes his Hindi class and gives the apple to Arti for telling a story.

Mahira and Asim have a fight when she taunts him by talking about the “scene” between him and Shefali. Mahira accuses Shefali for making comments about her and Paras, while Shefali denies saying anything against her behavior. Devoleena steals chips from the locker outside. Bigg Boss makes an announcement, telling Himanshi that she has failed in her duties as a captain because people were stealing chips from outside which is against the rules. Himanshi is disqualified from the captaincy task as punishment.

Siddharth takes the next lesson, and grants the apple to Devoleena. Shehnaz gives the apple to Mahira at the end of her lesson. Bigg Boss announces the end of the task, and declares the names of the candidates for captaincy: Vishal, Siddharth and Asim. The housemates gather in the living room and everyone votes for Siddharth to become the next captain of the house. Asim tries to reignite his romance with Himanshi by giving her a gift for her birthday. Siddharth tells Shehnaz, Mahira that Asim isn’t playing fairly and not being honest anymore.