The international artist DJ Marshmellow remembered the martyrs who died in the Pulwama Terror Attack and paid his heartfelt tribute to them. The DJ’s humble gesture won several Indian hearts as he was the only International artist to do so. Before beginning his performance in Pune on Sunday, he waved the Indian flag and asked the audiences to observe a two-minute silence for the martyrs.

The identity of the DJ is still hidden under his marshmallow mask but he is believed to be Chris Comstock and is totally in love with India.

To pay honour to the martyrs of the Pulwama terror attack, about hundreds of British  Indian on Sunday organized a protest in the United Kingdom to demand strict actions against Pakistan, Pakistan-based and backed terrorist organization.

According to ANI reports, Indian based in the UK have held a candlelight marches and protest in order to express solidarity with the CRPF (Central Reserve Police Force) families.

The CRPF has vowed to avenge the death the paramilitary forces who were killed in the Thursday’s suicide bombing attack. 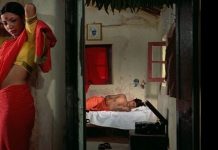 Revisiting Movies: Detailing of a story and theme in the 1974 classic ‘Ankur’