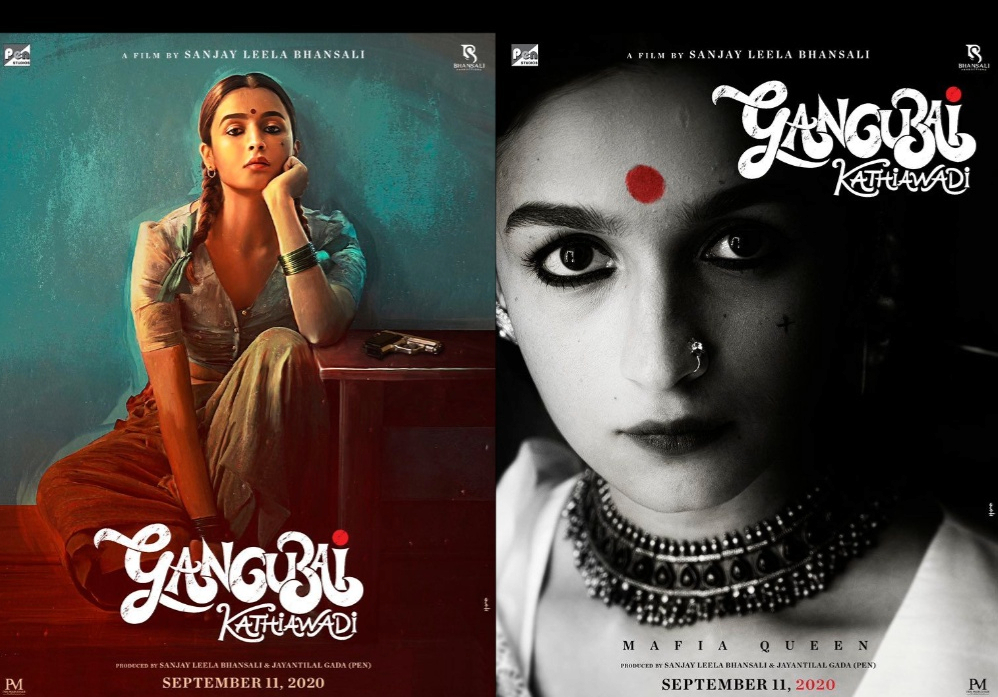 After releasing the logo yesterday, the makers of the upcoming film Gangubai Kathiawadi have finally unveiled the first look poster today. Two posters have been released and both of the feature Alia Bhatt who is playing the titular role in the film.

The first poster presents Alia as a young girl sporting two pigtail braids while a gun can be seen kept beside her. The other poster features her in a totally different look. She can be seen wearing heavy jewellery, dark red bindi, dark kohl and a ferocious look in her eyes. The black and white nature of the poster enhances her look and fierceness.

The makers took to the social media page of Sanjay Leela Bhansali Productions and wrote, “Strength. Power. Fear! One look, a thousand emotions. Presenting the first look of Gangubai Kathiawadi. In cinemas 11 September 2020.”

Ajay Devgn, who is receiving appreciation for his recently released film Tanhaji: The Unsung Warrior, is alsoreported to be playing a pivotal part in the film which is based on Hussain Zaidi’s book Mafia Queens of Mumbai.

The story revolves around Gangubai Kathiwadi, a brothel owner who was sold into prostitution by her husband. While Alia Bhatt will be seen playing the titular character, Ajay will be essaying the role of one of her gangsters who played a crucial role in her meteoric rise and fell in love with her.

While preparing for her role, Alia was reported to have taken one month special classes to learn the diction of Kathiawadi language which is a dialect of Gujarati.