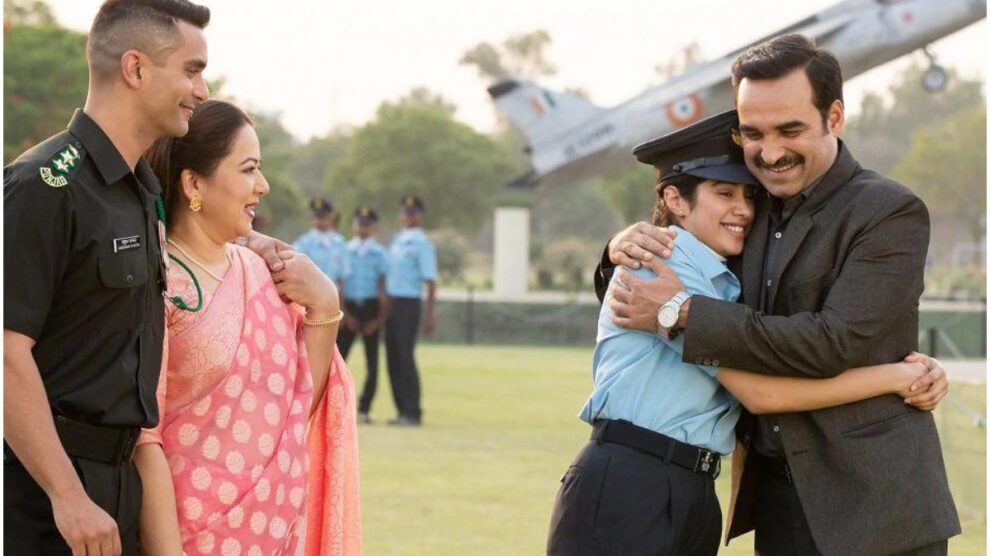 The real-life story of India’s first female pilot in combat, Gunjan Saxena makes up for a perfect motivational story and the hardships of a girl who dedicatedly wants to serve the Indian Air Force, a field that is highly dominated by males. The story deserves to be known to everyone and hence it makes up for a great script for a movie but did the film starring Janhvi Kapoor successfully portray this story?

In the first layer i.e the first half of the film, we see Gunjan receiving unconditional support from her father played by Pankaj Tripathi who helps her realize her dream of becoming a pilot in the Indian Air Force. This story follows the initial journey of her desire to serve the Indian Air Force. This part follows a bit humorous and entertaining tone while highlighting a teenage Saxena flying towards her dream. 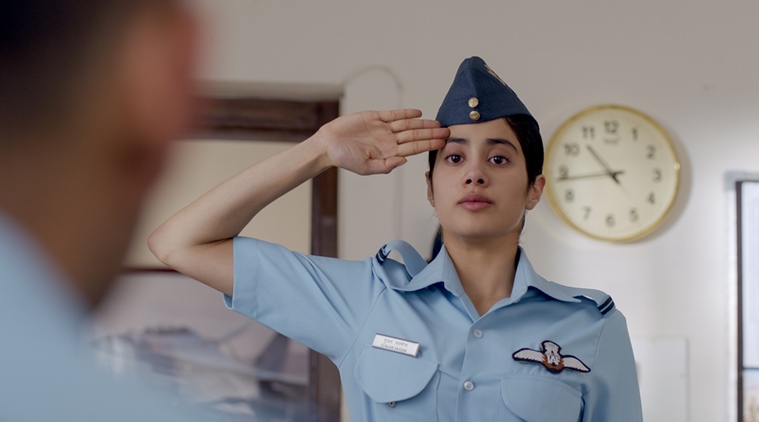 The elements used such as songs add up to the story but here’s where the main part of this review comes as the film made me question once again the amount of masala the filmmakers try to add when it comes to biographical stories based on a renowned personality and one such as Saxena who has been a part of Indian Air Force does not deserve a story which is low and might seem running away from the reality.

Janhvi Kapoor and Pankaj Tripathi performances are worth enjoying. The on-screen chemistry they share right from the fun moments to the emotional ones, it keeps you glued to the screens. The film also stars Angad Bedi, Vineet Kumar Singh, and Manav Vij who did quite well here but the story feels a little low in the second part where most of the combat scenes are shown, the main part of the story.

Directed by Sharan Sharma, the film is good for a one time watch but could have been better when it comes to such an inspirational story of Gunjan Saxena.

Share your views and stay tuned to The Indian Wire for more such reviews and articles.