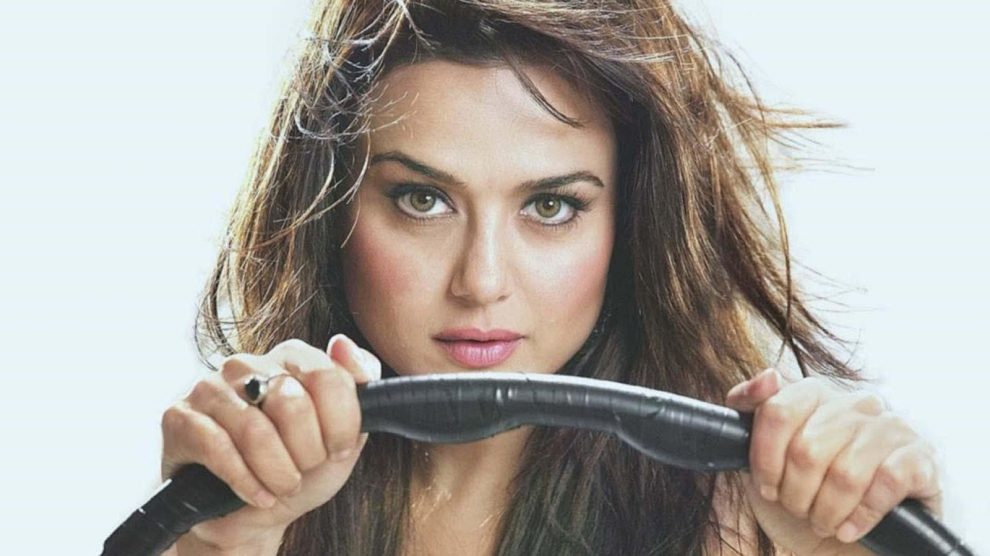 Wait has been finally ended and Preity Zinta is all set for her comeback in Bollywood with Neerraj Pathak’s Bhaiaji Superhit. Preity will be seen playing the role of male lead Sunny Deol’s wife sapna.

Unlike all her previous roles, this time Preity took a very challenging role of desi housewife of a gangster, who speaks mangled English and handles gun. After 5 years Preity is returning with a lead role, after her her home production Ishqk in Paris in 2013.

“It was a conscious decision to take a break from films, but this movie has reignited my passion for acting,” the 43-year-old actress said during a recent interview in Mumbai. According to the actress she was focusing on managing her Indian Premier League team Kings XI Punjab. She also said, “You can only do one thing really well. Acting is not a job that you can multitask with. You have to go into a different zone. When I got into cricket, I got very excited. I was doing that as Preity.”

On the question about reason to chose this movie for a comeback, she answered, “I never chose this film to make a comeback. It was Sunny who called me for and insisted that I do the film. When I heard the script, I realised that this was the opportunity for me to play a desi role.”

Preity, about her role, said, “I play a twelfth class-fail housewife in the film. She loves to talk in English. I had a lot fun shooting it.”

Preity during her interview said that it was hard for her to bring out the desired accent, and if the accent was right, her English was too clean. She said that she to remember her UP accent.

Zinta will be seen doing some action scenes after Sangharsh [her 1999 film] and she thanked Neerraj Pathak for the role.

Preity Zinty entered in Bollywood exactly two decades ago and since then a lot has changed according to her. Now there is a pride in being Indian today. 20 years ago all the outdoor shooting was done in some foreign location, like Europe or Switzerland. But now movies are based on India and shot here, because films are getting more rural and biopics are being made.

According to Bubbly girl industry has also changed a lot. The meaning of stardom has changed because people have put all their lives into social media today. She said, “Part of being a star is also the curiosity that comes with it. Take the mega-stars like Salman Khan, Shah Rukh Khan, Mr Bachchan [Amitabh Bachchan], Madhuri Dixit, Rani Mukerji and Aishwarya Rai: the current generation will never know what that kind of stardom is. When we were working, it took us 10 to 15 years to become stars. But now, people become a star with the first film and fade away in the second. Stardom is very short-lived now.”

Talking about her previous movies the actress said that almost all of the past role had some challenges, be it Lakshya or Veer Zara, but her first movie Dil Se was the easiest one to do, as the character was the closest to her.

City and people of Jalandhar supporting us in shooting of ‘Bharat’: Ali Abbas Zafar
‘Badhaai Ho’ doing better than ‘Thugs of Hindostan’ even in International market
Comment