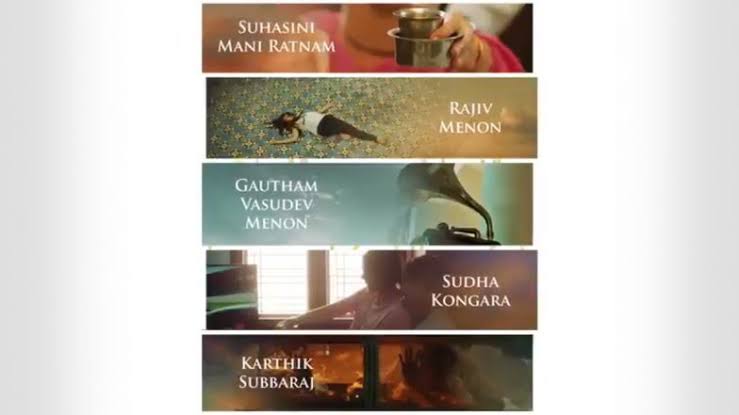 A masterpiece is not a sole effort of an individual. It is the sum total, of the effort of a group of, brilliant minds working together. Amazon Prime Video wants to create its own masterpiece. On Wednesday, they revealed this intention, with the announcement of their new project.

They have chosen five renowned Tamil filmmakers, to create an anthology of short films. The project is titled as Puthan Pudhu Kaalai.

So, who are these famous Tamil directors, who’ll work on Prime Video’s masterpiece? The streaming platform released a statement, which started revealed the names. These are Sudha Kongara, Gautham Menon, Suhasini Mani Ratnam, Rajiv Menon, and Karthik Subbaraj.

Together, they will tell the tales of love, new beginnings, second chances, and hope. The audience will get to see the short films from October 16.

Working on the film is actor-music director, G.V. Prakash Kumar, who is elated to be a part of the project. He took to Twitter and tweeted—

A solid team of people has worked on the film. Reshma Ghatala is its writer, with dialogues being penned by Aadithya K.  While, its producers are Meenakshi cinema, Reshma Ghatala, Rhea Kongara, and Kangara Sankara Rao. Also, this is the first time that the five directors have come together, to create an anthology film.

The audience might see actors such as Shruti Hassan, Andrea Jeremiah, Ritu Varma, Kalyani Priyadarshan, and Jayaram, though an official confirmation is yet to come out on this.

Further, during the lockdown, filming for the anthology took place. All the safety guidelines were in place, for its shoot. The Anthology also marks the comeback of director, Suhasini Mani Ratnam. She last directed a film 25 years back, which was Indira. It had starred Anu Hassan and Arvind Svami.