The Gray Man TO F3: Top 5 OTT Releases For The Weekend 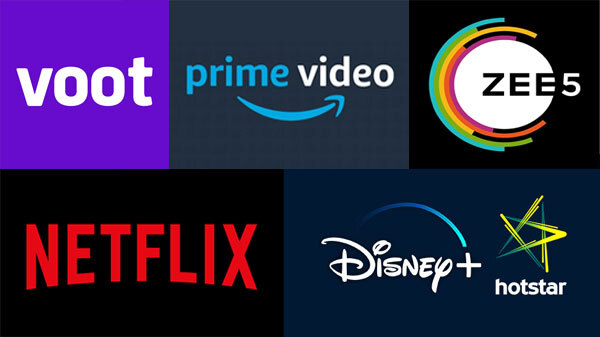 The OTT platforms have brought some fresh content this weekend for the audience. Starting from action thrillers to comedy dramas, we have compiled the top collection of web series and movies releasing this week.

Searching for new shows to binge-watch for the weekend? This article will quench your thirst for entertainment. From The Gray Man featuring Dhanush to Venkatesh and Varun Tej’s comedy-drama F3, here is a list of the top 5 shows and films releasing this weekend. Enjoy your weekend binge-watching your favourite shows on various OTT platforms: Netflix, SonyLIV, Disney+ Hotstar and Zee5.

Based on Mark Greaney’s debut novel by the same name, the thriller drama features Chris Evans, Ken-doll, Ana de Armas and Dhanush in the lead roles. The story follows a CIA agent who uncovers dark agency secrets. Meanwhile, his psychopath former colleague is making a global manhunt by international assassins. The film is set to have a digital release exclusively on Netflix.

The light-hearted family drama revolves around a family from Indore. Ghar Wapsi centres around the life of Shekhar, played by Vishal Vashishtha, who returns back to his hometown Indore after getting fired from his high-paid job in Bangalore. The comedy-drama also features Akanksha Thakur, Atul Shrivastava, Vibha Chibber and Saad Bilgrami in pivotal roles.

Helmed by Rajiv Rajaram and Drishya, the Telugu college drama revolves around students who take on their University policies via a meme war. Meme Boys features Aditya Bhaskar, Namrata, Jayant, Devadharshini and Siddharth in the lead roles.

The light-hearted social drama features veteran actor Kumud Mishra as a sexologist. The story revolves around men who visit him in order to get treated while maintaining privacy. The web series also features Shekhar Suman, Sandeepa Dhar, Raj Arjun and Vidya Malavade in key roles.

Helmed by Anil Ravipudi, the comedy film is a sequel to F2. Featuring Tamanna Bhatia, Pooja Hegde, Venkatesh Daggubati and Varun Tej in the lead roles, the Telugu drama revolves around Pragathi Family, who are greedy for money. What will happen when they’ll meet Venky and Varun, who are trying hard to recover from a financial crisis.