The flow of investments for Clean Energy in India and the world: Beware, they depict a different story! 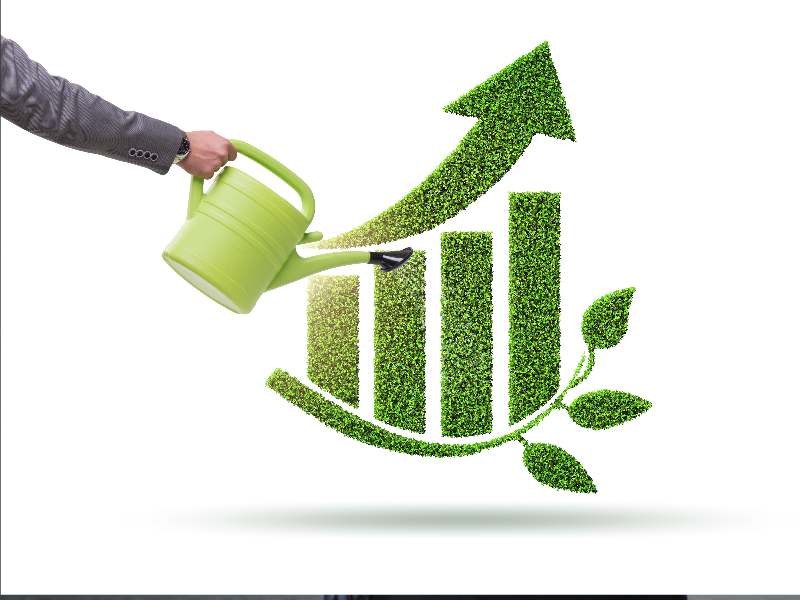 The planet is swiftly moving towards a warmer version of its own and that is a predicament of human existence.

Any attempt to bring the planet back to its originality seems to be toppling and unyielding anymore yet the greatest intellectuals of the human race are trying hard to sustain, mitigate and adapt to the irreversible changes.

We began with limiting fossil fuels, promoting afforestation measures, trading Carbon as a commodity, increasing renewable energy use, attempting to maintain the balance between carbon source and sink etc., and the story continues.

But this year saw many drawbacks, with IPCC’s AR6 depicting a definite grim picture of future Earth and loss of livelihoods for men when even the planting trees alone has been termed as unsatisfactory and unsustainable on the available land cover.

What can one expect more to normalize the pace of climate change?

The only feasible and practical option that deserves our hope is the control of emissions.

It will not just require limiting new emissions, there needs to be an additional effort made in order to create new sinks to walk the world and this country, as well, towards Net-zero ambition.

And when capping the emissions is not an easy task, one can imagine the difficulties in the removal of these emissions, especially for developing countries including our very own India that still relies heavily on coal for its power needs, which are anyway increasing with a bulge in population and rising standards of living.

Why waste money for an inclusive energy transition?

38.5 per cent of districts in India, at present, depending on coal directly or indirectly.

This may be used to transition smoothly towards cleaner energy adoption and also required to restore the livelihoods of those, whose complete lives stand vulnerable to abrogation of these sectors’ operations.

There is a need for a holistic approach wherein rehabilitation of affected people is a crucial step for a just and sustainable transition.

Coal and other dirty fuels like wood, kerosene etc. have been deeply entangled in India’s microeconomics as well. Our British Colonialists well enough gave us a taste of extracting such easy energy (accessible, readily available at will) and we cannot seem to abandon it now.

Straining the market access of fossil fuels can even seize the survival needs of the needy, who find it easy to collect wood to keep their stoves burning. This, in turn, will add up to the carbon stock at the time.

Therefore, a low carbon pathway also includes the costs falling on the workers and consumers. Overlooking such inevitable interests can become a bigger challenge.

History has plenty of lessons and repeats dangerously for those who cannot learn. In the 1984’s United Kingdom, the closing down of inefficient coal mines led to several strikes.

But to power on ambition, we will require massive investments in alternatives and technology, research and development. The two great factors for fueling any economy to its maximum potential i.e., energy and money, as in our weird case scenario, have become dependent on each other.

How the investments will flow in the green sector will determine the future flow of energy, and this depends on how an individual project is rated.

Investments and Energy Quotient: A match made forever

Though the renewables survived the pandemic, it has been noted that even the acquisitions of such renewable promoting companies increased in the same period.

Because of the pandemic alone in India, Renewable Energy investments fell less than $10 billion.

On these lines, the world will require at least $221 billion as an investment adding up to the new renewable energy capacity for this decade alone. Well, let’s imagine. The electric vehicle modelling with more than a hundred million EVs by 2030, will require $206 billion or fostering every million tonnes of green hydrogen will require $0-40 billion.

With the National Hydrogen missions and its demand in line, an additional $168-224 billion will be in India.

And undoubtedly, a developing Nation’s ambition to reach net-zero by 2070, will need investments of about $10.1 trillion

But the trend has been disturbing globally.

According to certain independent studies made, every penny invested in renewables will yield 7 times more returns than investing in fossil fuels.

But in between the years 2020 and 2021, the global recovery packages allocated worth $53.1 billion to support the renewables were nearly six times lower than that provided for fossil fuels.

Meanwhile, developing countries kept asking for $1.3 trillion of investment or the fund that was promised to them for a better transition but it bore nothing in reality.

Instead, a group of investors, Enthusiasts and philanthropists termed the ‘Glasgow Financial Alliance for Net Zero’, has decided to pool assets worth $130 trillion at COP26 to help decarbonize the world by 2050.

We have come to a point of no doubts and no denial: about climate change, anthropogenic impact on climate change or the importance of finance to spur change and transition one’s dreams.

But we can still do a lot to trigger bigger investments in green energy technology.

For example, negating the prevalent and highly fed greenwashing used as a great tool by the fossil industry will be a tough job but with more knowledge poured out for green sectors, the awareness will flourish.

Can India mark the need for change? An innovation like some sort of transition bonds should indeed be welcomed.

Or simply the global need to diversify the existence of emerging markets, which still use up the energy generated by burning fossils.

It has been estimated how most of the growth component will be sourced from these emerging markets, they need to adopt renewables faster.

While all of this begin functioning, India can look towards risk mitigation for the investments made in this arena, across projects as well as countries.

This can help build investor confidence, provide an easy flow of capital and thereby, reduce transaction costs in these emerging markets.