The giant tech company Apple released iPhone 11 and 11 pro on 20th September last year. Recently there were rumors that, it might release iPhone SE2 and 12 this year but there is no official declaration from the company. Still, many tech analysts say that Apple will launch SE2 this April and the official announcement will be made on 15th April and iPhone 12 might launch in September 2020. 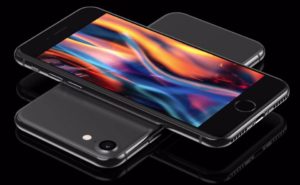 SE2 is the successor of SE which is Apple’s budget smartphone. iPhone SE received a lot of positive responses from its customers and so they announced that they would launch it’s successor soon. Some tech analysts say that iPhone SE2 will be named as iPhone 9 to compensate the skipped number( Apple launched iPhone 10 after iPhone 8). So, whatever may be the name, apple lovers are waiting for the launch.

Apple is known for keeping there phone’s specs secret until they launch it. However some specs of SE2 are said to be leaked and many analysts believe that probably those specs are likely to be included in iphoneSE2. The specs are as follows:

Many customers wish that a headphone jack should be there in SE2 as it was there in SE. Apple likely to remove headphone jacks as it has advanced with the AirPods. It is going to have a 1960mAh Li-Po battery. However, it’s the cost of SE2 likely to fall somewhere around $399 / £379.

On the other side if we think, how good is it to release SE2 during this COVID-19 alert. All markets are down and E-Commerce giant Amazon is not taking orders. People are in the state of panic due to the fear of coronavirus and most of the countries following quarantine to stop the spread of virus. Don’t know what Apple could do to deliver its smartphones.  One way can be followed, which is to take the orders now and deliver them after COVID-19 alert is over.

We have to see what is going happen with this unofficially named iPhone SE2 during the coming days. Also, we have to see how Apple is going to deal with this. With fingers crossed let’s wish for the best.