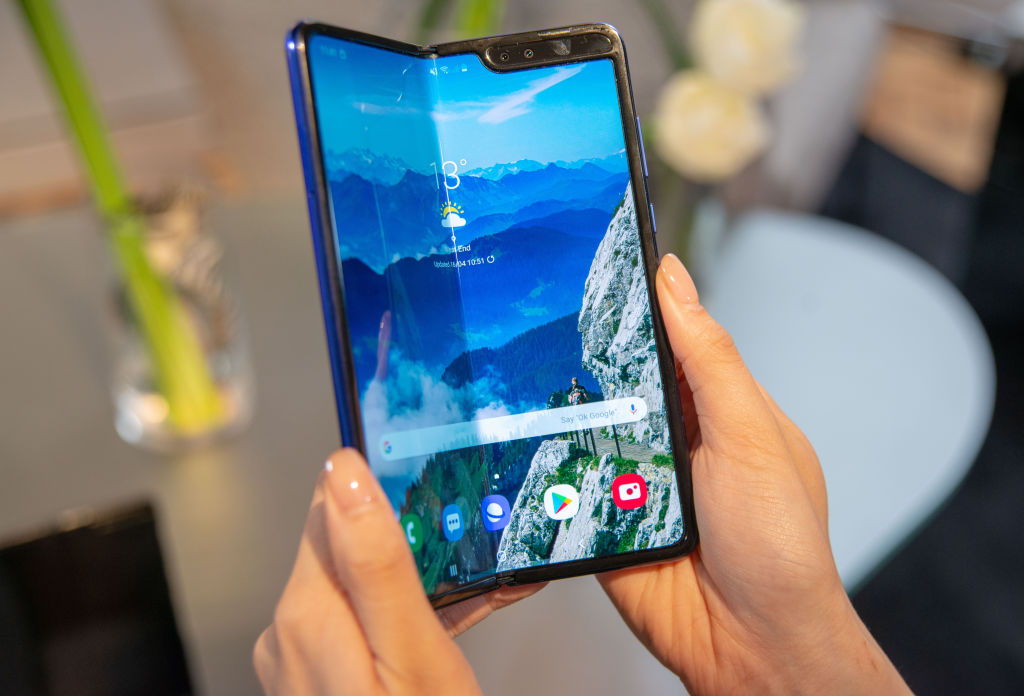 According to some sources, India can get brand new Samsung Galaxy Fold smartphones by 1st October, just a month later when it launched globally in South Korea.

The smartphone was originally set to be released on April 26 but the manufacturer delayed it to fix units that experienced display issues.

The Samsung will set bars high for its Galaxy Fold in terms of price and is likely to be priced between Rs. 1.5 lakh-Rs. 1.75 lakh in India.

The Samsung Galaxy Fold will be sold through only selected retail outlets and will be available only via pre-book mode.

Galaxy Fold user will be given an exclusive service through which they can access to specialized customer care services, that includes one-on-one access to Samsung experts, and a 24/7 support hub online or over the phone.

Display: Galaxy Fold comes with a 7.3-inch Infinity Flex Display and six cameras. The device has a secondary 4.6-inch screen on the cover of the phone. It opens up with 7.3-inch infinity flex display and when closed, it becomes 4.6-inch display with a 12:9 ratio.

Processor: The premium smartphone is backed by 7nm Qualcomm Snapdragon 855 octa-core SoC, paired with 12GB of RAM and 512GB storage.

Battery: The phone will support wireless charging and is having a 4380 mAh battery with Fast Charging.

You will be surprised to know that It took only 15 minutes in Korea for the first pre-order of the Samsung Galaxy FOLD to completely sell out. Thousands of units were immediately bought from Samsung’s official website, as well as during the second pre-order.

More than 20,000 units have been sold and some people are even willing as much as 4000 US dollars to buy the phone of free sellers.

“Consumers have responded positively to larger screens, and the Galaxy Fold’s revolutionary form factor offers a bigger, more immersive screen without sacrificing portability. This is what we call innovation of new mobile experience in action,” DJ Koh, President and CEO of IT and Mobile Communications Division, Samsung Electronics said in a statement recently.