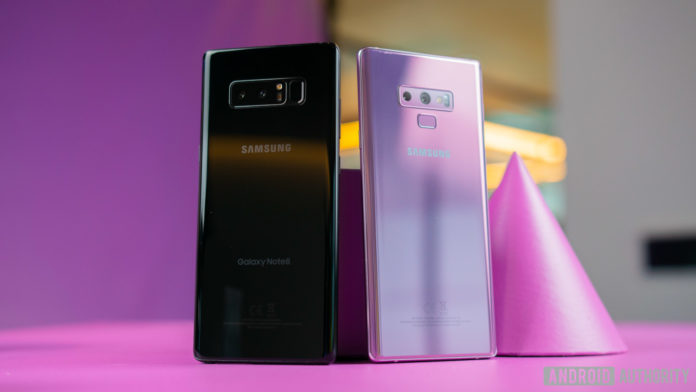 Samsung‘s latest Flagship device, the Samsung Galaxy Note 9 was launched last week in New York. In doing so, it has joined the company’s Galaxy S9 and S9+ in the 2018 line of flagship devices. The Galaxy Note users usually make the most of their phone, and thus even minimal changes on its successor phone will make the users consider an upgrade to the new phone and so we will be comparing, in detailed the Galaxy Note 8 against the Note 9 and help you decide whether or not you need to upgrade.

Samsung Galaxy Note 8 and Note 9 have a similar design as well as the screen display. However, there are a few minor changes that can be found. The Note 8 is slightly better when it comes to the design of the phone. It has a longer and slimmer phone in 162.5 x 74.8 x 8.6mm against the Note 9’s 161.9 x 76.4 x 8.8mm. The Note 9 is a little heavier than the Note 8, as it weighs 201-gram compared to Note 8’s 195-gram smartphone. On the rear side, the Note 9 has the fingerprint reader comfortable placed below the horizontal shaped camera. The Note 8 had placed the camera beside the fingerprint scanner, thus risking the camera of a few fingerprint smudges now and then.

The Galaxy Note 9 sports a 6.4-inch Super AMOLED, Capacitive Touchscreen with Multi-touch against Note 8’s 6.3-inch Super AMOLED, Capacitive Touchscreen with Multi-touch. Both share the same resolution of 1440 x 2960 pixels. However, the Note 8 beats the Note 9 with a slightly better 522 ppi to the Note 9’s 514 ppi. Both share the same aspect ratio of 18.5:9 and are protected by the Gorilla cornering glass. The Note 9 has a slightly lesser bezel display giving the smartphone a screen to body ratio of 84.42 %, compared to Note 8’s 83.24 %.

Winner: The Galaxy Note 8 with a slimmer, lighter smartphone as well as a better screen in 522ppi.

With such high power processors, one would expect great graphics for gaming. Both Note 8 and Note 9 are able to handle high-end games with a Mali-G71 MP20 and Mali-G72 MP18 graphics card on them respectively. The Note 9 provides a 21% better battery in 4000 mAh compared to 3300mAh of Note 8. Both phones support fast charging features and also have an option of wireless charging. Coming to software, the Note 9 runs Android Oreo inbuilt while the Note 8 runs Android Nougat inbuilt and is upgradeable to Android Oreo.

The Galaxy Note 9 has a magnificent dual 12 MP camera dual optical image stabilisation. The wide-angle super speed dual pixel 12-megapixel (f/1.5-f/2.4) autofocus sensor is paired with a telephoto 12-megapixel (f/2.4) autofocus sensor with 2x optical zoom and up to 10x digital zoom. Telephoto and wide-angle lenses together shoot the whole scene without missing out anything. You will be able to catch excellent low light photographs due to the Live Focus feature available.

The other features of the camera in Note 9 include Scene Optimiser, where the camera recognises a particular scene and optimises colour to produce vibrant photographs. It also has a flaw detection feature, where flaws like the eye blink, motion blur, lens smudge and backlighting issues and notifies to click again. Additionally, features for Video-recording include Super Slow Motion Video Recording at 960 frames per second, AR Emoji and clicking photos through the S-Pen even from up to 30-feet away.

The Note 8 gets a second rear-facing camera, just like the one you’ll find on the Samsung Galaxy S9 Plus. The main camera is a 12MP sensor behind a wide-angle, f/1.7 lens. The second is another 12MP sensor behind a zoomed lens that provides 2x optical zoom behind a f/2.4 aperture. The Note 8 still captures some of the sharpest, most detail-rich 4K videos, and get a choice between 30 and 60 fps at 1080p. The Note 8 also offers EIS in all resolutions, all the way up to 4K.

Winner: The Galaxy Note 9, because of the new features of AI found in its camera.

The S-pen is one of the special features found in the Samsung Note family. The Note 9 comes with an added Bluetooth connection to make the S-Pen more user-friendly. Due to which the S-pen is able to control presentations click photos from up to 30-feet away. To click photo users need to click the button once and to change camera need to click twice. Furthermore, it can shuffle music or play or pause music from up to 30 feet away. Also, it connects to a variety of installed and third-party apps like youtube. With Bluetooth on the new S Pen, it needs its own battery. Though according to Samsung it will charge from the Note 9 in just under a minute. The S Pen doesn’t match the body colour in all the models available, allowing for variety.

The Note 8’s S Pen was fabulous but worked on a passive system. It also drew power from the display of the device to enable interactions.

Winner: The Galaxy Note 9, because of its added Bluetooth connectivity and variant colour options.

Reasons to Upgrade to the Note 9

As mentioned earlier, minimal changes on its successor phone will make the users consider an upgrade. Here is why you should upgrade:

Reasons to stick with the Note 8

The Note 8 is still a great device, and it has really good specs that still feel modern. The 6GB of RAM matches with the Note 9’s base model, and Samsung Exynos 9 Octa 8895 is extremely powerful. It also has a better design, and display. More importantly, it is lighter than the Note 9. 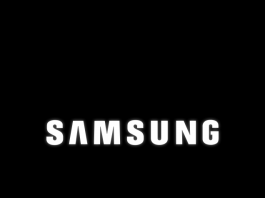